This Centrum Men review is all about uncovering all the truths behind this supplement, no matter how inconvenient for some they may be.

So, there’s a couple of things we’ll go through. We’ll take an in-depth look at all of the vitamins and minerals, we’ll assess how effective they will be at helping you, we’ll dissect additives and their risks for your health, as well as we’ll look into success rates and how beneficial (or not!) it has been for other people. 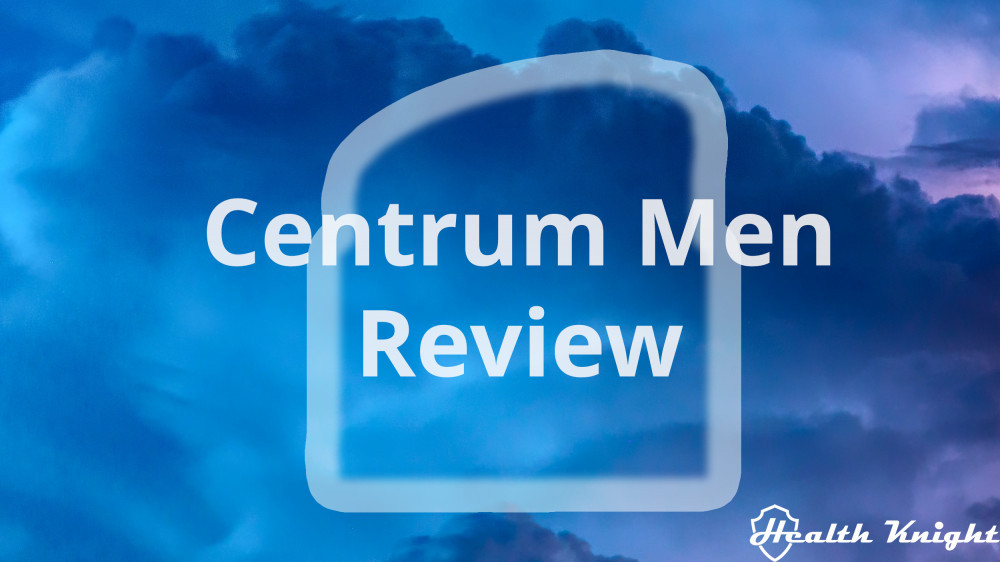 It’s very concise and straight to the point.

It’s structured by first giving their own definition for Centrum Men, then they go about explaining some standards as to what the supplement does subscribes to. Third, of course, supplement facts. Fourth, it defines a couple of benefits associated with its consumption.

Fifth, you will find a couple of routine phrases that typically go on every single description page of Centrum supplements.

Thus, the key phrase is “providing essential micronutrients, Centrum® is backed by 40 years of nutritional science to bring you the most complete multivitamin. Most recommended. Most studied. Most preferred”.

Their definition for the supplement goes like this “Centrum® Men is personalized for men to feed your cells and help support muscle function,< energy,¥ immunity,^ and metabolism.±”. Plus, the supplement is said to be non-GMO verified and gluten-free.

Overall, I have to say that the description page leaves the impression that you’re getting a truly complete and diverse multivitamin supplement. 40 years of nutritional science sounds a lot.

And I can absolutely imagine a number of people being instantly sold on this idea alone.

Moreover, I bet that the slogan of “Most recommended. Most studied. Most preferred.” gets quite a bit of sale as well. Plus, you are said to get benefits for energy levels, immunity, metabolism, and muscle function.

I mean, it sounds great but is it really?

Find out in the upcoming sections.

Nutrient Forms Are All About Keeping Costs To Minimum

Let us start off by discussing the vitamin and mineral forms found in the supplement.

These are incredibly important because not all nutrients are created equal. For example, for acquiring vitamin B6 you’ll get much more value out of Pyridoxal-5-Phosphate than you ever could from Pyridoxine Hydrochloride. Same applies for Selenium if we compare Sodium Selenite with L-Selenomethionine – the latter is the much better alternative [R, R].

So, despite what may seem to be the case for a typical observer, the fact that the Centrum Men supplement doesn’t straight up identify these forms after each respective vitamin or mineral, does not mean that they don’t matter.

In that sense, I see how they may benefit from this kind of approach to the layout of these supplement facts (listing all of the forms in a separate list of ingredients instead of after each respective vitamin or mineral).

I mean, I would choose this same approach if I was the manufacturer and I wouldn’t be that proud of these forms in the supplement. Because this way it makes it too confusing for most people to unravel.

So, they probably never pay attention to the actual ingredients. They just get distracted by the supposed amounts of vitamins and minerals, as well as promised benefits. Furthermore, this kind of approach can bring about an illusion in many that nutrient forms are not that important. Because there is zero emphasis on that here.

And why would there be? There is virtually nothing Centrum Men has going for it, apart from very few exceptions.

Thus, for a complete multivitamin, it misses two minerals (Boron and Vanadium) completely. But it might be excluding those because they don’t have established Daily Values.

Either way, this kind of nutrient forms won’t really account for any significant benefit. Most of the time they are either poor or average.

Take, for example, the synthetic form of vitamin E (DL-alpha Tocopheryl Acetate), which is not only half as effective as its natural counterpart but is also said to be toxic, especially in high amounts [R, R, R].

Hence, where are those 40 years of nutritional science? Is that really the best that they can do?

If so, that’s pretty pathetic.

100% Daily Values Is Its Way Of Doing Things

When it comes to the actual nutrient amounts there are two dominant approaches you can take.

You can either go full conventional by making sure that the multivitamin you choose is based around 100% Daily Values. Or you can go with the unconventional route by aligning your multivitamin with the values defined as the best practices.

In this regard, Centrum Men is a supplement that goes with the former approach.

In fact, almost every single nutrient that it offers corresponds to at least or no more than reasonably above 100% Daily Values, perfectly. Which is great. 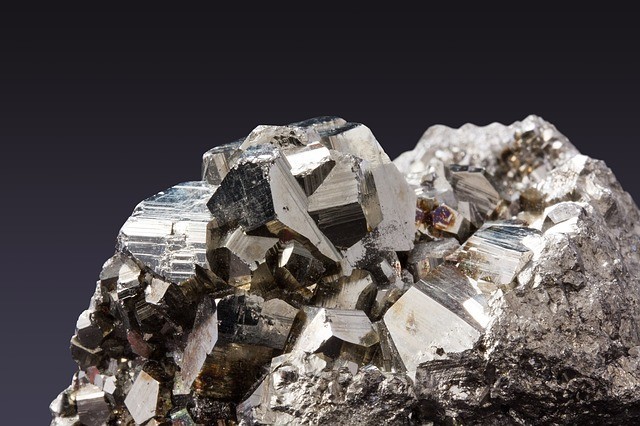 However, there is one huge thing I’m not that fond of.

And this is something that shifts the Centrum Silver from a considerable multivitamin to a definite pass already.

It’s the notion of Iron being a part of it.

Why this is a bad thing?

Well, you won’t generally find any high profile doctor recommending Iron for men (unless, of course, those men have some kind of condition). And there is a significant reason for this.

Men generally do not need Iron supplemented. We typically get from food more than enough. Which is even more so of the case because of this modern misconception and overall tendency that each meal or at least one meal a day should contain some kind of meat (which by the way is not that healthy at all).

So, given this characteristic, I’d say Centrum Men right off the bat is a supplement you shouldn’t go for.

But still, this is pretty insignificant in comparison to what we’re about to discuss.

A Truly Harmful Set Of Additives

So, vitamin amounts are quite solid (apart from the fact that the supplement adds absolutely unnecessary Iron), nutrient forms are quite miserable. But what about additives?

Whatever it is the case additives are a huge part of a proper supplement. Mainly because the wrong kind of additives can not only ruin your chances on any health benefits but also have quite the opposite effect. It can make matters worse and thus, your well-being suffer.

So, it really goes without saying that before embarking on a new supplement you should always check the inactive ingredients that the supplement uses.

All that said, when it comes to the Centrum Men it’s a huge cocktail. Which is really hard to follow as all of the ingredients are just piled in one spot without giving any clear indications as to what is to benefit and what is there just because it has to.

To these, there’s also a couple that can be used as both active ingredients (for the purpose of delivering vitamins or minerals) and additives (that here likely are used as additives) – Calcium Carbonate, Dibasic Calcium Phosphate, Sodium Ascorbate, and Tocopherols.

First of all, this leaves us with a total number of 18 different additives. 18 different ones, when the best conventional multivitamins both for men and for women, as well as the unconventional ones,  have proved that there’s rarely really a need for more than 3-5.

Furthermore, this also implies that with 27 beneficial ingredients you’re consuming 18 additional ones that essentially are just burdening down your body. And as I’ve mentioned already they do not do so in a harmless way.

Ultimately, though, I believe it doesn’t take a rocket scientist to figure out that Centrum Men is not a supplement fully devoted to your well-being.

Would you really ever want to go for that kind of multivitamin supplement?

I for sure don’t. And you shouldn’t either.

I hope you wouldn’t either.

Does The Success Rate Reflect Truth?

This brings up a fascinating point when evaluating and assessing the success rate.

Taking a comprehensive look at all of the customer reviews I could possibly find online showed that the Centrum Men supplement enjoys an incredible global success rate of above 92%.

“So, it’s a good supplement, Matiss! Why all this hate?”

But that’s exactly my point.

This whole notion is why Centrum Men is so popular and well-received without any real reason.

“How is this possible?”

I can tell you how.

Essentially I feel people get marketed.

People get marketed and taken advantage of. And you can be so too. Just another of their victims, if for any random or 100% irrational reason at the end of the day you choose to go with this supplement.

The thing is that you can’t ever rely on success rates if the ingredients that a supplement uses are potentially harmful. As this harmfulness more often than not can come later on down the line (in their life) and they might never suspect a correlation here (regarding the potential dangers).

I mean, think about it.

Who are those people that write 98-99% of those customer reviews?

Those typically are people who solely rely on their inner momentarily (in the present) feelings as to if the supplement helps them or not. They rarely if ever take into account the actual ingredients present.

Whereas this kind of approach is fundamentally flawed as you must not only rely on those inner/gut feelings when shopping for a supplement.

To illustrate, here’s an example.

Still, how does it make you feel in the moment (when you consume it through sweets or coke)?

It’s sweet, it’s tasty, it’s better than sugar in the moment, it makes you feel great especially if you had a bad day. Still, the substance is so ridiculously harmful…

Do you see where I’m going with this?

Be better than that. Don’t be as narrow-minded and short-sighted as those people who solely rely on their inner/gut feelings.

Use the knowledge available to you to make better decisions for your health and well-being. And live an empowered life.

Rather they’ve really doubled down on becoming absolutely proficient at marketing.

And that is really commendable.

I mean the supplement couldn’t be more flawed but people still mindlessly buy it. What else if not superior marketing tactics and strategies can do that?

That said, my point with this article wasn’t to denounce Centrum as a manufacturer or bring a tremendous amount of hate upon them.

I’m after the truth. And I just wanted to take you out of that marketing vacuum that some of you might already be sucked in. And thus, help you see the Centrum Men supplement from an objective standpoint. And for what it really is.

Above all, I hope this Centrum Men review helped you find the information you were looking for. And if you’re ready to move on from the idea of having this supplement as your daily multivitamin to something that will bring true value, take a look at this article.