This article is completely devoted to additives and raising the overall understanding and awareness of them.​ The article explains what additives are, a common myth about them, that if they are harmful or not and goes into a good deal of other stuff.

It will basically provide an overview of the question, whether or not additives are something that we can afford to neglect.

Additives Are Substances Added To Improve Or Change Qualities

The honest truth is that no matter what your eating habits are, it’s pretty sure to say that you are also consuming additives daily. So, what exactly are they?

To put it in simple terms, additives are substances that are added to either food, supplements, or medicine to improve or change their qualities [R, R]. Supplement additives and additives in medicine often times are referred to as the other ingredients. But that doesn’t change a thing, those additives that are in food and medicine are the same ones you can find in food.

Some people think that additives are only those substances that have fancy names, like Allura Red AC, Calcium Hydrogen Sulphite, Steviol Glycoside, or Polyoxyethylene Sorbitan Monopalmitate.

However, also simple everyday common stuff that we are so used to can be considered and used as additives. Some examples would be sugar, salt, water, oils, or Calcium Chloride (extremely common in cheese).

Anything that is ever tied with an E number is also an additive. In Europe, E-numbers are the numerical system of representing additives. In other words, any additive that can be used has an E-number for it. For example, Citric acid is also known as E330, Silicon Dioxide is known as E551, or stuff like Beta-carotene has an abbreviation of E160a.

E-numbers are most commonly used to shorten the name of an additive so the ingredient list takes up less space on the package of the product. For example, it’s much shorter to list E468 as an additive than it is to use its full name (Crosslinked Sodium Carboxy Methyl Cellulose).

Should We Read Labels? Or Is That A Complete Waste Of Time?

The two biggest regulators of additives of the modern World are the European Food Safety Authority (EFSA) and the US Food and Drug Administration (FDA). 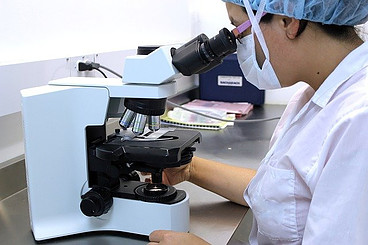 Both of them regulate and determine, which additives are safe and okay to use. They also regulate what kind of new additives can be introduced to the market [R, R, R].

But above all, before approving any additive they collect research on it, ask the applicant to provide sufficient evidence that any one additive is safe for use and consumption, as well as they do their own tests.

Ultimately, and because of the role of these two agencies, many will try to argue that all additives are completely harmless and we should never really waste time reading the labels.

However, nothing can be further from the truth.

Here’s The Real Question. Are They Potentially Harmful?

In reality, I believe there are many actually and truly harmful additives that get approved. More on ‘why’ this happens later in the article, but know that by harmful I mean the following.

Not only are they able to bring about or worsen the condition of any chronic disease, but they can affect our brain’s and body’s functioning in a seriously negative way. And by that not only will it affect our performance, but also our overall life happiness and fulfillment in life [R, R].

There is no difference between the two at all. The hydrogenated oils are just a relatively new name for that same thing. The name was invented because people essentially became too aware of the fact that Trans Fat is BAD and should not be consumed. Which, of course, wasn’t in the interests of the food industry.

In fact, hydrogenated oils are easily among the most harmful substances that are added to food, supplements, and medicine. I’m not even exaggerating [R, R].

Also, High-Fructose Corn Syrup is no-health-improver. This is to put it lightly.

The sad thing, however, is that the most exposed group of people to this substance are children. As it essentially is the ultimate form of sugar, it’s most abundant in sweets. This is why manufacturers use it in their products. It is sweeter than the classical table sugar. Thus, these products are considered tastier and hence, bought more.

Let’s hide it under different names.

And that’s gone as far as there are 15+ ingredients that in truth can potentially be High-Fructose Corn Syrup. So, you might be consuming this substance daily without even knowing it. Here’s a list with those possible alternate names:

By far most of the sweets use this substance as their main source of sweetness in products. In fact, I we’d be frustrated to find any kind of bars, any sorts of typical candy, ice-cream, etc. that uses the conventional table sugar (simple processed sugar instead of this).

But the regular processed sugar consumption also does not serve us. But it is way, way, way less detrimental than High-Fructose Corn Syrup [R, R, R, R, R, R].

Practically 99.99% of ice cream have it, about 95% of other sweets have it. And there are loads of other processed foods that use this substance as a trade-off for conventional sugar.

Also, it’s very popular among supplements, especially those that come in a form of gummy vitamins. And also medications use it for some random reason to make the medicine easier to take or not as distasteful.

One other thing that is extremely common among sweets is Coloring.

Coloring in its essence is a way to add some type of color to any food, supplement, or medicine. Have you seen those blue ice-creams? Or maybe bright yellow or green cupcakes?

Studies on artificial coloring have shown to most affect children’s behavior in a seriously negative way. Some examples are hyperactivity, irritability, and all kinds of other disturbing behavior. At the same time, they’re known to induce and be the sole main cause of a large variety of cancers, no matter your age.

On the other hand, natural coloring might seem like a healthy option of coloring. But that not completely true.

While natural coloring for sure is a better option than an artificial one, it’s not that great of an option either [R, R, R].

Essentially it matters greatly how it’s produced. Poor production practices may result in high contamination and toxins and can bring a lot of harm. Also, some types of natural coloring, like ones that are based on Annatto, can cause some serious side-effects [R, R, R, R, R].

Nonetheless, these are just some examples of harmful additives out there. In truth, there are many, many, many more in the industry and I will discuss them in future articles on various additives.

Why Do The Potentially Harmful Additives Ever Get Approved?

Well, you probably should be having an echoing question in the back of your head about now. “Didn’t you just said that there are government agencies that determine if this stuff is harmful?”

However… The food industry in itself is a very rich and powerful industry. Whole economies are based and heavily rely on them. Heavy lobbying in these industries is also involved.

So, in general, the legislator and the government pretty much, well, essentially don’t intervene (at least the way I see it) with what gets sold as and put into foods. This might sound controversial but here’s what I feel kind of is the essence of it.

As long something isn’t so bad that it drops people dead immediately or short after, it gets approved. Because government agencies are underfunded to do full independent in-depth research. So, they highly rely on the safety research that these companies do on their own and submit.

Which of course most of the time is biased. And it potentially represents what the company wants it to represent, regardless of its safety.

It’s very important to remember that the food industry’s main goal is to sell. Not to take care of or preserve our health. But to sell and to generate revenue. And most, by far most companies, are exactly like that.

I feel that they do not (genuinely) care about our health. I mean, I can’t emphasize this enough. It’s all about the revenue.

On the flip side, there are of course also some companies that truly and deeply care for their consumer health, however, they are an overwhelming minority.

Just to prove the point of how powerful and rich the industry is and that their research can pretty much be what they want it to be, let’s look at an example.

In the 1960s the sugar industry paid 3 highly respected, top-shelf scientists to downplay the role of sugar in heart disease and instead put it on saturated fat [R, R, R, R].

And this was able to derail the discussion about the negative effects of sugar for decades.

Relatively recently it has also been discovered that Coca-Cola funds scientists who shift the blame for obesity away from bad diets and sugary drinks. They instead blame it on the fat we consume [R, R].

Which Brings Me To The Question Of Are All Of Them Bad?

So, is every bit of additives bad and harmful for health? Not at all.

Sure, there can be some side-effects, if those substances are used in huge amounts. But that is true for anything to be honest. Even water in ridiculously huge amounts can be considered unhealthy.

Although it has to be said that for many this side effect threshold is pretty much physically impossible to achieve.

Of course, we all are different and for some particular, even harmless additives can cause an allergenic reaction. But this definitely is not something that people should generally encounter.

Above all though, besides harmful and harmless additives there are some that can even be considered beneficial.

And, of course, there are also many others that could be considered to fall into this category.

Bottom Line. Protect Your Own Health, They Won’t Do It For You

Additives are something that is extremely commonly used in food, supplements, and medicine these days. Although there are government agencies that supposedly only approve completely harmless additives, in truth it is not the case. Politics, lobbying, and various industry interests (mostly the food industry’s) are heavily involved in this.

Ultimately, not everything we can buy in the stores is okay to consume, especially if we want to preserve our health, live a long, happy life, and be vibrant. Thus, I’m a big believer in the fact that we ourselves have to be those that through knowledge protect and care for our own health.

And while our main concern on this website is supplements for now, I feel additives are quite a big part of it. And we’re here to help navigate and seek the truth when it comes to these “glue” ingredients as well. More articles in this category to come.

Did you like the article? Did you learn something new? Did you happen to have any “aha” moments? Let me know below.

24 thoughts on “Additives – An In-Depth Overview On The Essentials”