This Smidge Sensitive (GutPro) Probiotic review is about breaking down the supplement and evaluating all that it has to offer (and all that it lacks to offer).

Thus, throughout this one, we will pick apart the promotional materials, beneficial ingredients, and inactive ingredients as well. We will also look at the practical aspects, such as the global success rates and pricing to really feel things.

According to the manufacturer, the Smidge Sensitive (GutPro) Probiotic “was born when folks with extremely sensitive digestive systems told us they weren’t able to tolerate certain strains and irritating ingredients in the commercial products on the market.” Per their words, they “were compelled to provide precisely what they needed.” So, some very big words if you ask me [R]. The product page itself I’m not too big of a fan of. It’s well structured, it definitely covers all the basics. But I would definitely categorize this one as something that falls within the overwhelming approach like Dr. Ohhira Probiotics (review) more than anything.

I feel that’s primarily because of two things. First, the FAQ feels kind of extensive. And there’s nothing wrong with that (especially when the answers to those questions are collapsed by default), it’s just kind of long.

But the biggest issue is with the second aspect. Just too many testimonials. Which leads me to this next idea.

I mean, just about the only tactic they don’t use is the money-back guarantee. Namely, unlike with supplements like Phillips’ Colon Health (review) or Nutrition Essentials Probiotic (review), the Smidge Sensitive (GutPro) Probiotic doesn’t offer the guarantee [R].

Whereas as for the benefits they promise, it reminds me of something like the Bowtrol Probiotics (review). Meaning, they promise just overwhelming amounts of benefits. Everything from digestive health to nutrient absorption to better immune health to sharper brain, mood, oral health to healthier skin, inflammation response, and a plethora of others.

But is this GutPro Probiotic truly the supplement you can rely on for all that?

To Review Its Core, It’s Not As Bad As It May Seem Superficially

In theory, that’s a definite yes. In actuality, I don’t think it’s that simple. There are many different strains within the Smidge Sensitive, yes. But as far as the amount per recommended serving goes, it’s not looking too promising. So, it’s eight different probiotic strains at not so ideal amount per serving of 3 billion CFU.

According to the best practices, the former should strive to be of at least the amount of 10. Whereas the latter, typically, is recommended to be at 10-20 billion CFU daily. Thus, in that aspect, a single serving is pretty far off. But multiple ones is always an option [R, R, R, R, R].

Which definitely feels to be a viable option considering the GutPro is claimed to be 1000 servings per container. And considering that, I believe there’s a pretty good chance that all of the benefits are possible.

I mean, the present strains can potentially bring all of those promised ones. Whether they actually will that’s a different story but, generally speaking, they can happen [R, R, R, R, R].

Lastly, as for the quality, it seems decent. They don’t quite do third-party testing for it. But the Smidge Sensitive does get some in-house testing for purity, potency, and whatnot [R].

Hence, as far as the beneficial ingredients alone, it looks pretty okay.

Not Many Supplements Are As Capable With Additives

There are a lot of Probiotic supplements out there that don’t exactly do it right when it comes to additives. Some oversugar it with potentially very harmful syrups like Schiff Digestive Advantage supplements (review). Others (very likely) mess it up when it comes to coloring like TruNature Probiotics (review). Whatever the case exactly, not ideal for consumption [R, R, R, R, R, R]. 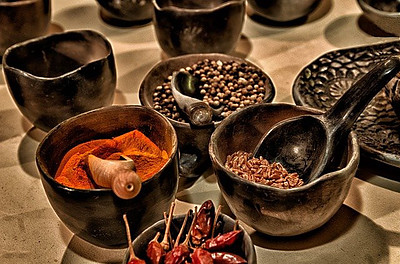 At least I wouldn’t ever because supplements like such can leave us with some very nasty side effects (or even long-term problems).

So, what’s up with the Probiotics of Smidge Sensitive (GutPro)?

Well, they don’t even use the harmless ones. Meaning, this is a Probiotic supplement that does it completely without the addition of added “glue” ingredients. To which extent, it is something similar to the ActivatedYou Morning Complete (review).

Which is a pretty rare thing. I mean, we don’t get too many supplements that are possible that way.

MCT Oil supplements are like that. Carotenoid ones tend to sometimes be like that. Collagen ones very commonly do that. But, generally speaking, that’s rare.

Awesome that Smidge GutPro has opted (and was capable enough) for that approach as well.

No Reliable Customer Reviews For The Smidge Sensitive

With the theoretical aspects of the Smudge exhausted, let’s turn to the practical side of things. First, it’s about customer reviews and the global success rate. Then, we’ll make it about the price.

As we discussed earlier, the on-page Smidge Sensitive (GutPro) reviews are just disgusting. There are only 4-star ones and 5-star ones. Which is fine for marketing. But if we’re after the truth (the real truth), this is usually an indication of probably adjusted reviews. I mean, there is nothing out there that get just positive feedback. It’s a fairytale. And as a fairytale, it’s not real. So, I did some research as far as all other sellers and retailers go. I was really surprised as to what I found.

It turns out there are very few third-party-source customer reviews for the GutPro. I found just three 5-star reviews. I mean, it’s not like it isn’t selling on other platforms. Many of them have this (though, interestingly, none of the mainstream ones offer the thing).

But there are no reviews for it. Which is odd because from what I can tell, it has been around for quite some time.

Personally, I really don’t like these kinds of voids when it comes to any supplement. Because most people tend to assess their supplements by just customer reviews alone. And if a product doesn’t have any, they tend to default to the testimonials and other reviews out there that often just try to sell the thing and don’t care too much (or at all).

The way I see it, the fact that the Smidge Sensitive lacks real customer reviews to provide real feedback is a definite drawback. Especially given that it has been around since at least October 2017. It’s just unnatural. It doesn’t happen with genuinely good supplements, typically.

Apart from the absolute void of genuine customer reviews, I feel the rather high Smidge Sensitive (GutPro) price tag upfront is arguably its biggest downfall. It’s very expensive despite actually being a rather good value.

So, the cheapest price I did see was that of the manufacturer’s. It comes for $99.95 per container. Or if we are crazy enough to subscribe, we can get it for $94.95. Which, relatively speaking, is pretty miserable of a difference, to say the least. I mean, by other manufacturers, it’s usually at least 10% off if we subscribe. 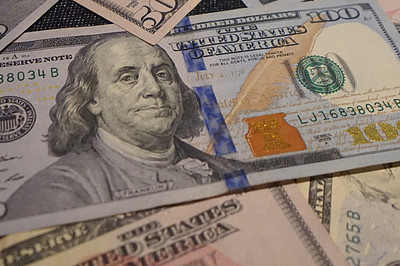 To compare, with something like the Dr. Mercola Complete Probiotics Powder Packets, we get 30 servings of 10 billion CFU for $47.57. Which is about 15.9 cents per billion of CFU or $15.86 per every 100 billion CFU. Or about five times the price.

Whereas with Culturelle Probiotics Immune Defense Packets, it’s 20 servings of 10 billion CFU for $32.00. Which is 0.16 per billion or $16 per 100 billion. Which is also five times the price.

Whereas if we compare it to viable capsule alternatives, it’s not that okay.

But there are even more affordable, yet still better supplements out there. Here’s one example of that.

All in all, the GutPro is definitely not the cheapest thing. But it’s not terribly expensive either. To that end, we could say that the price for the product is somewhat okay.

I have to say, I’m not too big of a fan of the Smidge Sensitive (GutPro) Probiotic. I just don’t think it’s that great. I mean, I wouldn’t even shortlist it.

Yes, the total different strain count is good. The total CFU amounts can be very good as well if we choose to adjust them accordingly. The quality seems to be decent as well. But the void of customer reviews and the price. I mean, the former is just straight-out odd, whereas the latter is not so bad but still more than the options I would prefer as far as quality. To that end, I feel the GutPro is a shortlist-able option only under either of two cases.

First, if the price is a non-factor for you, you can absolutely feel free to go for it. Second, if you need Probiotics for a baby. Which should only be something necessary under dire circumstances (as babies don’t need those for regular consumption).

Other than that, as mentioned, (out of avoid it, consider it, shortlist it, buy it) I would no more than just consider it. With that in mind, if you are, however, interested in something truly quality yet affordable, check out this review.

Above all, I hope this Smidge Sensitive (GutPro) Probiotic review helped you find the information you were looking for. How would you rate this one? Is it something you would be willing to concede funds for? Or is it not worth it, in your opinion? Let me know below.

8 thoughts on “Smidge Sensitive (GutPro) Probiotic Review – Price Not Worth”