This Health Balance Complete Probiotic review is about uncovering and dissecting everything there is worth knowing about this Probiotic product.

To make that happen, we’ll first look at the product page and discuss briefly the promotional materials and claims they make. After, we’ll dive right in head first with the beneficial ingredients, and then, also with the inactive ones (those that function much like a “glue”). And then, we’ll do a reality check in the form of customer reviews, global success rates, and pricing aspects.

This Health Balance Complete Probiotic Review To Proof Everything

Typically, I like to make this section all about exploring the promotional materials and claims associated with any particular supplement. But with Health Balance Complete Probiotic, that’s not exactly possible, at least given my current location. Health Balance is a brand of Costco. And Costco doesn’t like people residing in the EU. Probably due to GDPR and stuff [R]. Hence, throughout this, we’ll look at what we can learn from the supplement label instead. But I have to admit, the info there is pretty limited.

So, Health Balance Complete Probiotic combines eight Probiotic strains, 30 billion active cells per capsule (75 billion at the time of manufacturing), 60 capsules, each of which temporarily modifies gut flora. Which is also just about the only claim on the label.

Other than that, there are a whole bunch of different warnings when we should not use it, as well as there are some others. And then, there are the “does not contain” claims. For this one, it mentions no Preservatives, no Artificial Flavors, no Sodium, no Gluten, and without Hydrogenated Oils.

Also, it doesn’t seem to have a money-back guarantee like what we’ve seen with Phillips’ Colon Health Probiotic (review) or Nutrition Essentials Probiotic (review). Overall, not that superb looking from the label standpoint.

If we look at the beneficial ingredients, they don’t look bad at all. As mentioned, eight different strains is a promising aspect for any Probiotic. The only downside is that it does not reach any further than this. Thus, pretty solid probiotic strains including one of my favorite ones which is Lactobacillus plantarum. The amount per capsule is great, and it falls within the range of what the best practices for nutrient amounts recommend.

As for the benefits, the potential ones reach far beyond just “temporarily modifying gut flora.” In truth, that’s a very vague, shapeless promise that doesn’t really promise anything. Why they choose to use that is beyond me but this certainly looks very promising [R, R, R, R, R, R].

And the same is true also for many others. I mean, every single Probiotic strain can be helpful in more than just one way. Hence, the only thing I am kind of not fond of is the lack of Prebiotics. Because those foster and in a way augment the gains that the Probiotic strains can provide.

Or should I say that the lack of them was something that seemed to be the case but actually wasn’t?

To Review Additives, There Are A Couple I Wouldn’t Pick

It turns out, Prebiotics is something that Health Balance Complete Probiotics mentions. But it does do it only when it comes to the additives. Which actually is not that uncommon. I mean, there are a couple of other supplements like the Nutrition Now PB8 Probiotic (review) that does that.

Still, I’m not exactly a fan of this approach. Mainly that’s because it doesn’t give us the option to objectively compare the Prebiotic amounts between different supplements of the category. Furthermore, there’s always the possibility that the actual Prebiotic amounts are just terribly low. They can even be so low, in fact, that it’s as if they weren’t there. Because minuscule or plenty, it doesn’t matter once the manufacturer lists it under additives. 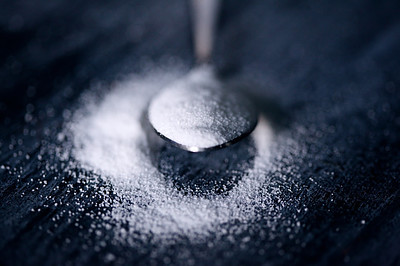 I mean, it could be 100 milligrams or 0.1 milligrams. They still kind of get the rights to list it as an ingredient on the label. But if they’re as low as that, they won’t really contribute. Hence, given that Costco has chosen to list Inulin under additives, I wouldn’t bet that there is a whole lot of it.

So, that’s that, but what about all the other additives?

Sucrose is basically just a different name for sugar. And hence, not something we’d want from a supplement. Ignore the fact that most people consume far too much of it daily already, it has been linked to obesity, depression, eating disorders, heart disease, high blood pressure, hyperactivity, diabetes, aggressiveness, stupidity and learning difficulties, cancer, and other negative health outcomes [R, R, R, R, R, R].

Whereas the potential hazards of Peptone Soya have to do with the fact that it’s probably GMO. Two reasons why that is likely the case.

First, they do not claim the product to be Non-GMO but they care to list such non-sense as no Preservatives. Second, 90% of soya is GMO. Hence, if they don’t claim the product is Non-GMO, soya is probably the reason. And so, it’s likely a chronic inflammation-promoting ingredient. Goes without saying, not exactly what we’re after [R, R, R, R].

So, these Complete Probiotics effort by Costco is not exactly ideal at all. Quite far from it, actually.

Oddly, There Are Barely Any Customer Reviews For This Probiotic

What do you think the global success rate for this one is? It’s cheap and superficially good, at least as far as the beneficial ingredients go. A great recipe for a high success rate, to be honest. And that’s exactly what I anticipated I was going to pull from all the research on the Health Balance Complete Probiotics reviews I did.

But it turned out to be the complete opposite instead. I couldn’t find a single piece of customer feedback for it. Anywhere. I mean, there are some ratings for it on Amazon but no actual reviews. Which is also exactly where we were more than half a year ago when I first published this article.

Now, of course, there probably are a bunch of Health Balance Complete Probiotic reviews that one can find on Costco’s page. But not only that’s off-limits for me, these typically have proven to be very inaccurate as far as finding the actual truth goes [R, R, R].

Generally speaking, (well, typically, anyway) this is not a very good sign. It usually indicates that either the supplement is not very good and, hence, is very secretive of its feedback (like we’ve seen with a couple of Keto supplements) or it’s very new to the market.

And in that regard, let me just say that the Health Balance Complete Probiotics has been on the market since at least 2015 [R].

I Was Genuinely Surprised How Well-Priced The Health Balance Is

Typically, we can get somewhat of a sense of what the pricing is like from the customer feedback on any given supplement. To that end, the customer vibes on this aspect are almost always very inaccurate. Still, they do add some dynamic to the whole notion. But since there effectively are no Health Balance Complete Probiotic reviews, we don’t have that. So, it’s going to be all math. Well, almost. 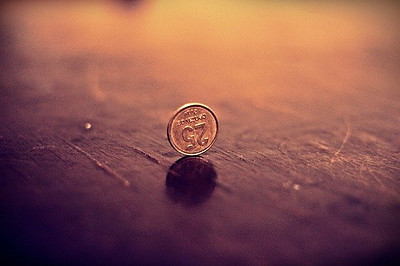 Now, the real question is how does that compare to its rivals.

It certainly isn’t bad. Compare it to, say, the 1MD Complete Probiotics Platinum (review). This one costs typically about 26.8 cents per 10 billion Probiotics. Hence, it’s almost twice what the Health Balance costs.

Still, personally, I would take that trade-off.

Well, because not only does it offers a bigger variety of Probiotic strains and just better additives, but also it’s just better quality, the way I see it. And then, on top of all that, there’s also the Prebiotic aspect. While Health Balance is very shady about it, the 1MD’s very transparent and superb.

As far as the price, this Health Balance option is also better than my utmost recommendation. The Live Conscious Pro-45 (review).

But apart from the price, it’s not even close. I mean, yes, the Live Conscious costs about 19.4 cents per every 10 billion CFU. However, it offers plenty more strains, far superior additives, and third-party testing for end-products. It’s just better. The price trade-off for that is nothing.

So, all in all, yes, I think Health Balance Complete Probiotic is priced pretty competitively. I mean, it’s priced competitively given the value and limited quality it provides.

Overall, A Supplement To Avoid, Don’t Waste Your Money On It

All in all, I’m really not a fan of the Health Balance Complete Probiotic. I mean, I believe it’s a very questionable pro-bacteria option just in general.

What I’m trying to put across is that it’s great only if we’re being really superficial about it. Meaning, if all that we’re looking at is the total CFU amount, strain count, and price, then it’s kind of a marvelous supplement. But any decent Probiotic supplement has to be much more than that.

To the very least and most importantly, it has to be a thing that chooses only the most harmless of additives. But the Health Balance of this review is not one of them. Then, ideally, it should also have some reliable customer feedback. Again, this Complete Probiotic doesn’t have that.

And then, if really aiming at being at the top of the category, it has to have third-party testing. Which is, again, something that this one doesn’t.

And so, I’m kind of fluctuating. I mean, (out of avoid it, consider it, shortlist it, buy it) I’m not really that sure whether we should avoid it or maybe say that it’s the lower-echelon of considering it. Because good strain count and amount, as well as the price. What I don’t really like are the likely GMO additives and processed sugar. Both can contribute to inflammation quite a bit.

Hence, ultimately, even if someone wants to give this one a go, I wouldn’t. I would certainly recommend avoiding it. Plus, the likely GMOs and processed sugar can have the opposite effect of helping the gut. And, yeah, the customer reviews are also a certainly odd thing.

On that note, there are, however, plenty of really great Probiotic supplements that don’t cost a fortune either. I would certainly recommend going for one of those instead. One of my absolute favorites is only marginally more expensive than this but it absolutely knocks it out of the park in every other aspect important to Probiotics. You can read about it here (full review).

Other than that, I hope this Health Balance Complete Probiotic review helped you find the information you were looking for. How did you like this one? Is the likely GMO Soy something that bothers you and why you wouldn’t choose it? Let me know below. Also, feel free to share your own personal reviews on the thing below.

8 thoughts on “Health Balance Complete Probiotic Review – Not Worth?”