This Stop Aging Now MAX B12 review is all about uncovering and going deep into detail about all the truths you must know before investing in this supplement.

And so, there’s a lot to cover. We’ll explore the vitamin B12 form present in it. Namely, we’ll check how good it is for improving health. Then, we’ll also cover what most supplements struggle with (additives). And in terms of practical aspects, we’ll discuss customer reviews and pricing.

This Stop Aging Now MAX B12 Review To Explore Its Everything

According to the manufacturer, the Stop Aging Now MAX B12 “is a superior vitamin B12 formula made with methylcobalamin, a safe, highly effective form of B12.” Per their words, it’s about “replenish[ing] critical vitamin B12 stores, which decline drastically with age, with convenient, pleasant-tasting lozenges.” So, tasty and superior-ily great. What can go wrong [R, R]?

With this one, there are actually two supplements we need to talk about. They’re essentially absolutely identical in their being, other than of course one being 1000 mcg per serving and the other 5000 mcg. Moreover, even their product pages are almost copy-paste. Both of them bring a variety of different marketing tactics to the table to persuade to buy.

They start off with overwhelmingly positive customer on-page reviews. They augment that further with the notion of buying more right off the bat and paying less per unit.

Whereas if we apply for their subscription not only do we get 15% off, but also we earn free shipping. And to make it all even more appealing, they also offer a 365-day money-back guarantee.

Now, as far as benefits, there are also many units. It’s said to boost physical and mental energy, promote better brain health, memory, and cognitive function, reduce the negative effects of stress, improve sleep quality, as well as correct deficiency if we happen to have one. But all of this isn’t really done in a relaxed, laid-back manner like it was with PuraTHRIVE B12 (review) or Solgar Vitamin B12 supplements (review).

I mean, the product pages themselves, apart from some general information on B12, feel largely as a constant and repetitive regurgitation of the gains we’ll get. Yes, there is a lot of text here. Still, most of it repeats. Non-stop.

Another promise they promise is that MAX B12 is Non-GMO. But is it a genuinely good supplement?

I Like Their Choice For Methylcobalamin, It’s What It Should Be

When speaking of a supplement, we can’t not speak about its very core as quite frankly it is the very reason why people typically choose a particular supplement. But before we do. Here’s a critical thing to understand.

Even when it comes to just vitamin B12, there are a bunch of different ones. And each of these many have different properties and absorbability (bioavailability). Thus, it goes without saying that we want the best and most beneficial option (vitamin form) available [R, R].

Also, in terms of the provided amounts, it’s pretty solid. As already mentioned there are two options for the Stop Aging Now MAX B12 supplement. The 1000 mcg and the 5000 mcg option.

Of these, 1000 mcg is more suitable for regular use. Meaning, this is exactly the optimal daily B12 amount according to the best practices needed. Furthermore, it’s an amount we can with ease and zero worries consume daily since even long-term haven’t managed to find any toxicity [R, R, R, R, R].

To which end, neither have the studies flagged 5000 mcg a day as harmful in long-term daily use. However, it’s probably best to prefer this option only temporarily if and when battling a deficiency. Still, in theory, it’s likely we could also use such an amount every day for the rest of your life without any adverse effects [R, R, R, R, R].

Either way, so, the active ingredient looks good for both versions of the Stop Aging Now MAX B12. And that’s the only nutrient or beneficial substance we’ll find in them.

What about other ingredients, like additives, do these look great?

Sadly, Deliciousness Of MAX B12 Comes From Very Bad Sugar

No, they do not. And this was something I already suspected to be the case when I was just first looking at the product page.

In particular, what I didn’t like was that they kind of referred to the MAX B12 as a “delicious” thing way too often. And just way too many times I’ve seen that claim only later to find on the label written that the supplement potentially contains High-Fructose Corn Syrup. 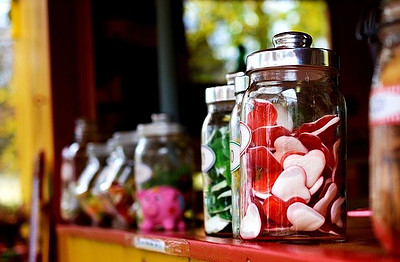 And sadly this is the case also here.

Both versions of the Stop Aging Now MAX B12 supplement contain Fructose. Sure, it will make the product tasty, no question. But at what cost?

But whichever of the two it actually is, it’s bad, terrible, disastrous. And do we really want that?

It’s not like it’s the only vitamin B12 supplement in the universe and either take it or don’t. We have options like Global Healing Center B12 (review), Garden of Life B12 (review), and many others that don’t employ any such substances. So, why have this one?

When It Comes To Customer Reviews, Don’t Blindly Trust Them

When it comes to the actual customer reviews, I believe far too often people give them too much authority in their ultimate decision of whether or not to buy. But while I believe they can help to paint a more dynamic picture, blindly trusting them is never an option. Because they are too often innocently ignorant at best.

What’s more, what we typically find on any manufacturer’s website is kind of the improved truth. Meaning, very rarely do customer reviews from other sources acknowledge the success rate that manufacturers are implying. 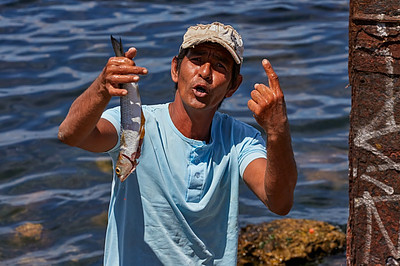 This is because they are far too aware that feedback like this can easily affect how many, in this case, Stop Aging Now MAX B12s they sell. And, obviously, they want to sell as many as possible.

Which is fine but such sections, exactly as it is also here on their page, do not allow us to get to the truth.

I mean, so what that there are 107 Stop Aging Now MAX B12 reviews between the 1000 mcg and 5000 mcg version supplements all (except one) of which are positive?

Whereas to make matters even more ridiculous, all of them are basically at least 4-7 years old.

So, yes, that basically 100% success rate according to them. Which was not the case at all when I looked at every review I could find by third-party sellers and retailers. Granted, that’s likely even higher than given that people are, generally speaking, far more eager to report negative experiences than they are when it comes to positive ones.

And they would be higher even still if people that haven’t taken the product for at least a month wouldn’t post feedback like “too early to tell” with one or two stars by it.

Other than that, generally people complained about just the raw fact that it doesn’t work or that they don’t feel any difference. Still, as evident by those success rates and just reviews in general, people far too often claimed the opposite. So, is this a good supplement?

Well, from through my own experience and knowledge, there’s kind of a rule I’ve developed when it comes to customer reviews in general. Namely, they only matter if all the raw ingredients in the supplement are good for us (AKA not potentially harmful).

And so, when it comes to the Stop Aging Now MAX B12, I don’t think the positive success rate matters. Because there are ingredients in it that can, at least the way I see it, make it potentially very harmful, especially in the long run (ingredients like Fructose and Sorbitol).

In Terms Of Pricing, This Stop Aging Now Is Also Terrible

Typically, not that amazing ingredient choices as it has been with the MAX B12 imply a rather affordable price. Because those are often cheaper or easier to make. But is that the case here?

As they have it listed, per container, the Stop Aging Now 1000 micrograms supplement costs $16.99 for a month’s worth. Which I’m pretty sure is a mistake since the bottle contains 90 lozenges, and it’s one lozenge per serving. Hence, it’s about 18.9 cents per lozenge or 1000 micrograms of B12. 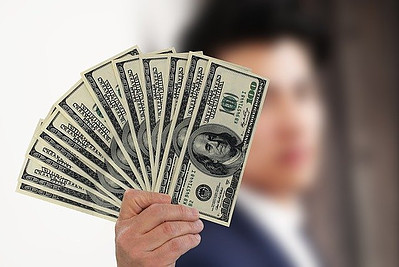 Let’s compare that to something like the Nature’s Bounty B12 Methylcobalamin (review). It typically costs $9.99 for a container of 60 tablets. That’s 16.7 cents per tablet or 1000 micrograms of Methylcobalamin B12.

And I would prefer it over the MAX B12, for sure, given that it doesn’t have the kind of sugary additives.

Now, that was like what I would consider a mediocre supplement to a kind of mediocre one. What about when we compare it to the best of the best in B12?

So, not only is it about 2.5 times cheaper, but also it’s far more quality. That’s because the LiveWell thing has its Vegan B12 tested for purity and potency whereas Stop Aging Now does no such thing. LiveWell’s without harmful additives and it also brings a 365-day money-back guarantee.  I mean, it’s just overall the better option, no doubt about it.

To Say It’s Worth Considering Would Be Generous, Just Avoid It

There are loads and loads, and loads of supplements out there that are to just make a buck. Their biggest concern is not providing true value to their customers but rather making sure their venture is a profitable one. Even if it means potentially putting customer long-term health on the line.

And I feel Stop Aging Now MAX B12 is just another example of that approach and agenda. The active form of it is great, the nutrient amounts are solid but the means of making it a delicious supplement to take is absolute rubbish. I mean, that’s the classic low-quality approach right there.

And so, we would expect it to be very affordable but the truth is funnier than that. It’s actually the more expensive option when compared to its rivals.

Hence, (out of avoid it, consider it, shortlist it, buy it) to say that it’s considerable, I believe would be far too generous. Therefore, I think this easily falls in the no-go, no-buy, avoid category.

On that note, if you’re ever interested in learning what are the proper, high-quality B12 options these days, check out this article of mine. It also lists options if being delicious is a must for you. Other than that, I feel one can’t go wrong with the number one on that list.

Above all, I hope this Stop Aging Now MAX B12 review was an insightful one and helped you find the information you were looking for. What did you least enjoy about the product? Would you be willing to reconsider it if it cost three times less? Would you take it if you could get it for free? Let me know below.