For a really thorough look at the supplement, we’ll have this TheraBreath Probiotics review to dive really deep within the depths of it.

Hence, we will look at quite a number of aspects. We’ll start with marketing. We’ll continue on with ingredients and additives. And that we will transition into more practical aspects of the Probiotic. Namely, we’ll look at customer reviews and pricing.

According to the manufacturer, the TheraBreath (Oral Care) Probiotics is a supplement “now available as new, easy to use lozenges!” Per their words, “many oral care problems start in the mouth. By boosting your natural defenses, TheraBreath Oral Care Probiotics can help you prevent many of these problems before they start.” So, looking promising [R]. The product page for it is, however, extremely scarce. I mean, I wouldn’t even consider it brief like with the GoodBelly Probiotics (review) or the Nature’s Bounty Acidophilus Probiotic (review). It’s just scarce.

At times it even feels unfinished. And overall, I’m just not a fan.

As far as marketing goes, there isn’t much there either. They have an overwhelmingly positive customer review section and a 100% money-back guarantee. And then, somewhat of a tactic is the section of items that other people bought together with the TheraBreath Probiotics.

For benefits, it doesn’t promise anything else other than what I mentioned in the first paragraph of this section. Namely, this idea of preventing many problems before they start. Hence, it advocates for immune system function.

As for free-of claims, the supplement of this review doesn’t really have the classic ones in the form of Gluten-Free, Dairy-Free, and Non-GMO, at least not on their page (there it’s only said to be Alcohol-Free, Saccharin-Free, Sodium-Lauryl-Sulfate-Free, and Benzalkonium-Chloride-Free). On Amazon, however, I found it to be Gluten-Free and Dairy-Free certified. And there also I found other health promises, like gains for cavity, gum, throat health and against bad breath and acid erosion.

So, is it worth getting?

The TheraBreath Probiotics is one of those supplements that doesn’t have a dedicated section or even just a picture for the supplement facts. Personally, that’s something I always find quite puzzling. And it’s definitely not what the quality manufacturers like Nature Made or BioTrust typically do. Hence, I had to look it up.

Both the BLIS K12 and the BLIS M18 are patented variations of the Streptococcus salivarius Probiotic strain. As far as I can tell, they both are unique but not completely exclusive to the TheraBreath brand. Meaning, we can find these strains also with supplements like Blis Probiotics TravelProtect and Hyperbiotics PRO-Dental, and others.

It doesn’t, however, make any of the two any less potent. Both are quite decently studied, and judging by the research, they, indeed, do seem like a great choice for teeth, gum, and just overall for mouth health. Furthermore, the BLIS K12 can be really great for anti-inflammatory effects and immune response [R, R, R, R, R, R, R, R, R].

So, these are definitely some very decent Probiotics to for oral health. My only concern is the amount they provide them in.

I mean, for sure, 100 Million CFU of each is better than no Probiotics. But the 200 Million in TheraBreath doesn’t feel like the most optimal amount. I mean, there’s this study that proves the anti-inflammatory effects of BLIS K12, and it used 10 Billion CFU. I mean, would expect at least a Billion. But 100 Million CFU I feel is just not significant, serious, or genuinely helpful [R].

To Review Additives, TheraBreath Has Some Very Sugary Ones

But additives just knock it out of the park. In a bad way. I mean, Furthermore, it’s not like there is just one problematic ingredient either. There are at least a couple. And that’s never a good sign.

I mean, sure, there are plenty of suboptimal additives out there. We’ve seen that with Caramel Color in Dr. Ohhira Probiotics (review) and even when it comes to Lactose in something like the Florastor Probiotic (review). I mean, it just isn’t optimal. 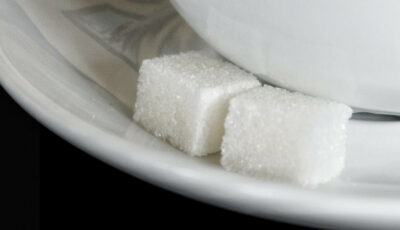 Sadly, we also get that with the supplement of this review, the TheraBreath Probiotic.

It uses six different additives. They are Isomalt, Calcium Stearate, Dextrose, Natural Flavors, Sucralose, Polyplasdone (Cambrian). Of these, I particularly dislike Dextrose and Sucralose. But there are other potential dangers, too [R, R, R, R, R].

So, as far as additives go, I don’t like the TheraBreath Probiotic at all. There are so many better substances to have as one’s additives.

Customer Reviews Are Not Too Great For A Supplement

Customer reviews are really tricky. On one hand, we have customer review sections on manufacturers’ websites, like with TruNature Advanced Digestive Probiotic (review). But those are completely at the mercy of respective manufacturers because they can easily delete, edit, or adjust those reviews per their needs of marketing.

Hence, these are not the most reliable places to draw customer experiences from. But even when the supplements don’t have a feedback section, like with GoodBelly Probiotics (review), the reviews on third-party sites can still be influenced by clever marketing but they are certainly more trustworthy. Either way, there are other things that go wrong with these sections. The bottom line is that we shouldn’t ever base our decision on, in this case, TheraBreath Probiotics reviews alone. It’s important to kind of have a broader perspective where it’s just one aspect of the product. Hence, why we do reviews like this (by looking at everything).

Doing the research, in total I managed to find just 221 TheraBreath Probiotics reviews across the internet on all other third-party sites. And it wasn’t too pretty.

Of all these pieces of feedback, 191 were positive (31 three-star, 53 four-star, 107 five-star) and 30 were negative (17 one-star, 13 two-star). So, that’s a global success rate of just 86.4% which isn’t terrible. But it isn’t ideal either since quality Probiotics typically have a success percentage over 90.

So, yes, there certainly are people who swear by it. But what I’m really interested in is what the bad reviews have to say.

Some complained about it being ridiculously overpriced. For others, the TheraBreath Probiotics gave insane diarrhea. For others, it just didn’t work. And for others more, it was the bad taste that got them. Whereas some, essentially, even suggested that it might be a fake on Amazon.

Now, we got a couple of people who suggested that the Probiotics of TheraBreath are a really expensive piece. But is that true if we try to look at things objectively? Is it truly an overpriced product?

So, per box, the supplement of this review costs typically $11.95. Since a box contains only 8 servings, that’s $1.49 per serving. Whereas if we put that in terms of easy to compare estimate, that’s $74.69 for every 10 Billion CFU. And that’s just an eye-popping price. 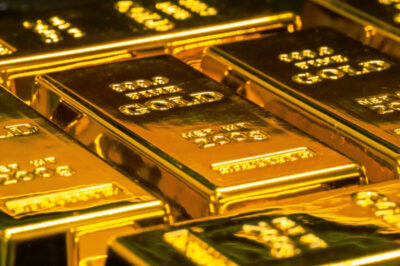 I mean, even if we compare it to some of the most expensive gut Probiotics, they are not even close.

Hence, here are some comparisons with other oral Probiotics.

Pick something like the NatureWise Oral Health Probiotics. This one costs typically $1.80 for every 10 Billion CFU. Furthermore, not only does it not use harmful additives, it also adds Prebiotics, it’s Non-GMO, and on top of BLIS K12 and M18, it also adds other Probiotic strains. And it’s third-party tested, unlike TheraBreath. So, the difference is ridiculous.

I mean, one thing is definitely, for sure. The TheraBreath Probiotic is overpriced as hell.

I Wouldn’t Consider It Even If It Was Reasonably Priced The additives it uses are absolutely crap. There are so many genuinely better options. The beneficial ingredients feel to me to be far too scarce to make any real difference. And then, the pricing aspects are just mind-blowing. It is easily the most expensive Probiotic I have ever come across.

Furthermore, you would expect that for the price at least it would be of really great quality. But that’s not the case, really. I wouldn’t prefer based on the quality alone when comparing to the other options. It doesn’t even promise to be Non-GMO.

And hence, (out of avoid it, consider it, shortlist it, buy it) I wouldn’t even consider it. The patented Probiotic strains we can get in plenty of other supplements. Furthermore, these other products are often far better formulated, and they have made far better ingredient choices overall. And they’re fairly priced, unlike TheraBreath. One such great example is the NatureWise Oral Health Probiotics.

It’s what I would go for if I was in the market for oral Probiotics.

Above all, I hope this TheraBreath Probiotics review helped you find the information you were looking for. Where do you see yourself? Would you ever go for it? Maybe have you already? I would love to hear from you. Also, feel free to leave your own personal reviews on the product.