In this GoodBelly Probiotics review, we will be taking a supremely close look at the Probiotic supplement created by GoodBelly.

Hence, throughout this, we will talk manufacturer’s promises and claims. We will also be looking at and researching its active ingredients. We’ll also spend some time considering the additives. Then, we’ll be assessing customer reviews and looking into success rates. Last but not least, we will compare pricing and see how well it holds up there.

This GoodBelly Probiotics Review To Make You Most Informed

According to the manufacturer, the GoodBelly Probiotics is “packed with 10 billion live & active cultures of superhero probiotic LP299v.” Per their words, the “unique strain is recognized as one of the most effective probiotics available.” Meaning, “its efficacy is backed up by more than two decades of research with 60 human clinical trials.” And that’s, indeed a lot of research [R]. As far as the product page goes, it’s one of the simplest and straightforward ones I have ever come across. And I’ve come across many.

One of the reasons for that is likely the fact that we can’t really purchase the supplement from their website. It doesn’t offer that kind of functionality. Instead, if we want to buy it, we’re forwarded to Amazon.

And so, through that, the product page of the GoodBelly Probiotics just inherently doesn’t contain any marketing. Hence, no coaxing to buy many right off the bat like with the 1MD Complete Probiotics Platinum (review). Also, no money-back guarantee like with the Dr. Mercola Probiotics (review). And definitely no unnaturally positive customer reviews like with the BioTrust PRO-X10 Probiotic (review).

To add to that, they don’t really elaborate on the potential benefits too much either. They do imply digestive and gut health improvements through the notion of keeping our bellies happy. But other than that, there isn’t anything else.

As Far As Ingredients, Potency Is OK, Variety Is NOT

I’m definitely don’t have a positive outlook on that as far as the beneficial ingredients go. I mean, it offers fewer strains than the Phillips’ Colon Health Probiotic (review). At least it comes in decent total CFU amounts per capsule just like the Now Nutrition PB8 Probiotic (review). Still, there are other things not optimal about it.

So, per serving (one capsule), the supplement of this review offers 10 Billion CFU of a patented Lactobacillus plantarum 299v. And that’s all there is to the GoodBelly Probiotics. It doesn’t add anything else.

So, what does that mean?

Well, for starters, it means that we only get one strain of Probiotics. Which is not optimal, to say the least. I mean, ideally, we should be striving for at least 10 different ones, the way I see it [R, R, R, R].

Whereas, on the other hand, it is the Lactobacillus plantarum 299v (or LP299V). I’m not sure whether it’s the most studied Probiotic strain but it definitely has a ton of research behind it. Hence, it’s certainly a good one, and it has been proven to help fight diarrhea, reduce cholesterol levels, improve skin health, battle ulcerative colitis, candidiasis, IBS, obesity, and high blood sugar levels, enhance immunity, ward of allergies, as well as help digestive health just in general [R, R, R, R, R].

Another thing I do keep an eye out for is third-party testing to really approve the quality of a Probiotic. But the supplement of this review not only doesn’t have that, the words on quality don’t really convince. I mean, they’re doing some testing to approve the Probiotic count. But what about purity? I think that’s still important given the manufacturing processes. Plus, they don’t claim to be Non-GMO. Which means that it probably is. And that’s not ideal.

Additives In This GoodBelly May Be Highly Misunderstood

Additives can really kill one’s mojo for any supplement. To that end, to some extent, the beneficial ingredients and substances are kind of the easy part. They’re typically the aspect that doesn’t do side effects or has very little potential for that. Whereas additives are the opposite. And so, it matters what kind we choose. 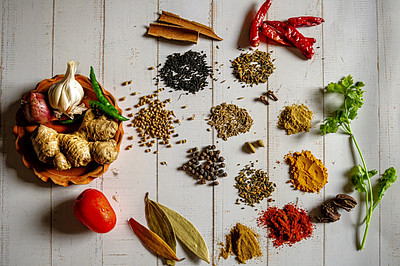 And there are plenty of other potentially very harmful additives ou there. So, what about the Probiotics of GoodBelly in this regard?

It uses just three – Potato Starch, Hydroxypropylmethyl Cellulose, and Vegetable Magnesium Stearate. But almost any blogger or even doctor will try to convince you that this is not a winning combination. All because of Magnesium Stearate.

You see, it is basically a substance most misunderstood on the internet. It’s crazy to me how superficial understanding of the available research can breed misinformation. I mean, I don’t pretend to know every aspect or study there is but I spent some decent two-digit number of hours on this alone [R, R, R, R, R].

And I have to conclude what the minority of doctors agree on. Meaning, that Magnesium Stearate is arguably one of the most harmless additives there is, period. All that raving about it giving cancer is exactly that. It’s just irrational and incoherent talk that has no real basis. Moreover, it’s inverse to our biology [R, R, R, R, R].

But to further add to that, consider this. The ingredient responsible for giving cancer (supposedly) is Stearic Acid (a constituent of Magnesium Stearate). But babies consume tons of it with mother’s milk. Do they all have cancer? NO. Not even close [R, R, R, R, R].

As for the Potato Starch and Hydroxypropylmethyl Cellulose, those are fine to do. I would not hesitate a supplement because it has either one of them.

For Customer Reviews, We Don’t Have Many But Seems Fine

While many supplement manufacturers these days do offer a customer review section for us to learn more about their product, GoodBelly Probiotics is not really that kind of thing. As we discussed earlier, they are very brief with the information they do offer. And hence, kind of inherently, we have to look at the other sites for customer input. Unlucky for us, there is not plenty of them out there. Other than Amazon, there was only one other site that I found that offered customer reviews on this GoodBelly Probiotic.

So, in total, I managed to find just 179 pieces of customer feedback. Of these, a total of 153 were positive (three-star, four-star, five-star) and 26 were negative (one-star, two-star). Hence, per the GoodBelly Probiotics reviews, the global success rate is just marginally over 85%. Or to be exact, 85.5%. And that’s not a high percentage.

I mean, it’s still a fine one given that basically every 85 people out of 100 were happy with the thing. But I’ve found that quality Probiotics typically beat the 90% threshold. And the supplement of this review does fall short of that.

So, a bit higher number of unhappy people than usual. But what were they unhappy about?

Different things. For some, the GoodBelly caused BadBelly. Meaning, nausea, stomach pain, cramping, and horrible gas. Some even encountered heartburn. For others more, it made absolutely no difference at all. Whereas for some others, it was the notion of getting opened bottles that they did not risk using. And I wouldn’t either.

I mean, there are certainly enough people that also do swear by these Probiotics. But they certainly don’t work for everyone.

To Review Pricing, I Believe This Is Some Of The Worst

Another thing to always take a look at is the pricing. Because even supposedly decent supplements do get overpriced all the time. I mean, for sure, there are also reasonable options. But I feel, to an extent, we can easily fall for the overpriced ones. And their marketing is definitely a huge factor when it comes to that. 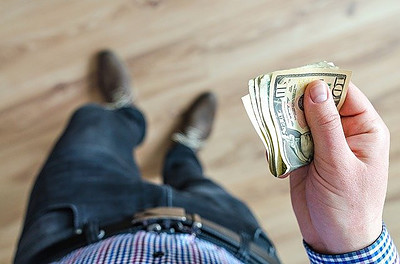 So, per container (30 capsules), the GoodBelly Probiotics supplement costs $19.99. Thus, that’s 66.6 cents per capsule. That’s $1.33 if we’re doing two capsules, as I suggested earlier. Either way, in terms of easily comparable value, the supplement of this review costs 66.6 cents per every 10 Billion CFU. Which despite what people sometimes say in their reviews is not that cheap.

I mean, compare it to something like the Smidge Sensitive (GutPro) Probiotic (review). It’s not a supplement I would shortlist but still, it offers plenty more strains, decent additives, and it costs exactly half what this GoodBelly costs (namely, 33.3 cents per every 10 Billion CFU).

Other than that, sure, there are also supplements that are more expensive than the one of this review. One such example is the Natren Healthy Trinity (review).

Now, Natren typically costs $69.95 for a package of 30 capsules, 30 Billion CFU each. To do the math, that’s 77.7 cents per every 10 Billion CFU. So, it’s more costly than GoodBelly, but it also offers third-party testing, Non-GMO, more strains, and great additives, too. It’s just better and considerably more value for the money.

But here’s another one. The Live Conscious Pro-45 (review). I mean, it’s got all of what Natren has got over the GoodBelly. But it’s way more affordable. It’s about a third of the price.

So, it does kind of make one really doubt the GoodBelly Probiotics. I mean, yes, it’s cheaper than some other brands out there but, generally speaking, it is not a high-value option for the price at all. The danger, however, is that there are customer reviews which claim that it’s cheap, and because of them people actually start to believe that. But don’t get played like that.

I Would No More Than Consider This Probiotics Supplement

To be honest, I don’t like the GoodBelly attempt at Probiotics at all. I mean, what is this? Yes, it’s a nice-looking container. Yes, it’s got a very pleasant product page. But the product itself is pretty low.

Yes, it offers plenty of CFU and decent additives. And I like that. But it also provides only one strain, no Prebiotics, no third-party testing or, as far as I can tell, real quality in terms of purity. Furthermore, it probably uses GMO ingredients since there is no Non-GMO claim made for the supplement. Yes, it could be argued that the success rates are fine. But the price is not. And there is no way around that. And so, it’s is far from ideal.

But (out of avoid it, consider it, shortlist it, buy it) I would still reckon we should consider it. It’s got plenty of potency and the right idea of things, generally.

To which end, I have to note that I’m not a fan and I would never buy it. But maybe there are people for who it makes sense. I would go with the previously mentioned Live Conscious Pro-45 (full review). It’s just the better, more-quality offering supplement.

Above all, I hope this GoodBelly Probiotic review helped you find the information you were looking for. Have you tried it? Did you look forward to it before this review? What if it cost half of what it does? Let me know below. Also, feel free to leave your own personal reviews on the product.

6 thoughts on “GoodBelly Probiotics Review – A Genuinely Good For Belly?”

If you ever need anything, any thoughts or ideas you want to run by me, I’m 100% here for you. It’s been way too hectic recently but I promise that I will get back to you, eventually. :)