According to the One A Day TruBiotics Probiotic reviews, this has helped quite a lot of people. Some praise it for curing their constipation problem. Others simply are extremely happy with this supplement working well for them. Others more adore the fact that the capsule is a really small one, hence very easy to swallow. Others yet simply note that it’s the best one. So, throughout this TruBiotics Probiotic review, we’ll really look at that and research everything.

The plan is to establish a baseline of the supplement with a look at its promotional materials. And then, to analyze it by going through various aspects. We’ll be covering beneficial ingredients, additives, success rates, and pricing.

Marketing | Very Minimalistic In Their Approach

According to the manufacturer, the One A Day TruBiotics “works two ways – with the two most clinically studied types of good bacteria to help both your digestive and immune systems work at their best.” So, promising, to say the least [R]. The product page is as minimalistic as they come. It reminds me of those by supplements like the Healthy Origins Probiotic (review) and Pearls Acidophilus (review).

It also doesn’t use any marketing tactics whatsoever. Which is a rather rare thing to see.

As for the benefits, One A Day TruBiotics Probiotic promises to promote digestive health, healthy metabolism, and immune system health, as well as to foster overall health and wellness since gut health translates into many other things, too.

As far as the free-of claims, they really bring any other than Gluten-Free, Soy-Free, and Animal-Gelatin-Free (that last one I haven’t really seen before ever). Hence, this essentially means that the supplement is not Non-GMO, Milk-Free, Lactose-Free, and probably others, too.

Overall, superficially, it seems like a decent thing. Plus, I love the fact that they guarantee the listed potency at the expiration date. Which, indeed, is different than how many other manufacturers approach this aspect.

So, per serving (one capsule), the TruBiotics Probiotic supplement offers 2 Billion CFU of a Proprietary Blend. This is a blend that is made out of two patented Probiotic strains – Lactobacillus acidophilus LA-5 and Bifidobacterium animalis BB-12.

So, what is that?

I mean, I like Lactobacillus acidophilus. It is a lactic-acid-producing Probiotic strain naturally found in human intestines, mouth, and vagina. It turns carbohydrates into lactic acid. And it can be plenty of helpful as it can reduce and prevent both eczema and diarrhea, improve cholesterol levels, help with weight loss, help fight off IBS and allergies, and produce both lactase, as well as vitamin A and K, and provide other benefits [R, R, R, R, R, R, R].

Both are just way too scarce for a meaningful gain, the way I see it. I mean, there are quite a few studies in which these have been researched. Still, most of them used far higher amounts than about 1 Billion CFU each. And I don’t really get why TruBiotics doesn’t take the effort to be more abundant. To that end, the supplement all in all just feels like a lazy way of doing it [R, R, R, R, R, R, R, R, R].

And that’s never a good feel.

Also, going with just two strains is not the most optimal way if general health and wellbeing are our concern. I would much rather propose at least 10 different strains [R, R, R, R].

Another thing I love to see is third-party testing. The supplement of this review doesn’t have that. Furthermore, I’m not really sure what kind of quality it subscribes to. I mean, the fact that they carefully monitor quantity is an element of quality but still. Not having a dedicated section on the website for that doesn’t really convince.

And that’s not the only example. There are many, many out there. And sadly, the TruBiotics One A Day Probiotic is not really free of that either. 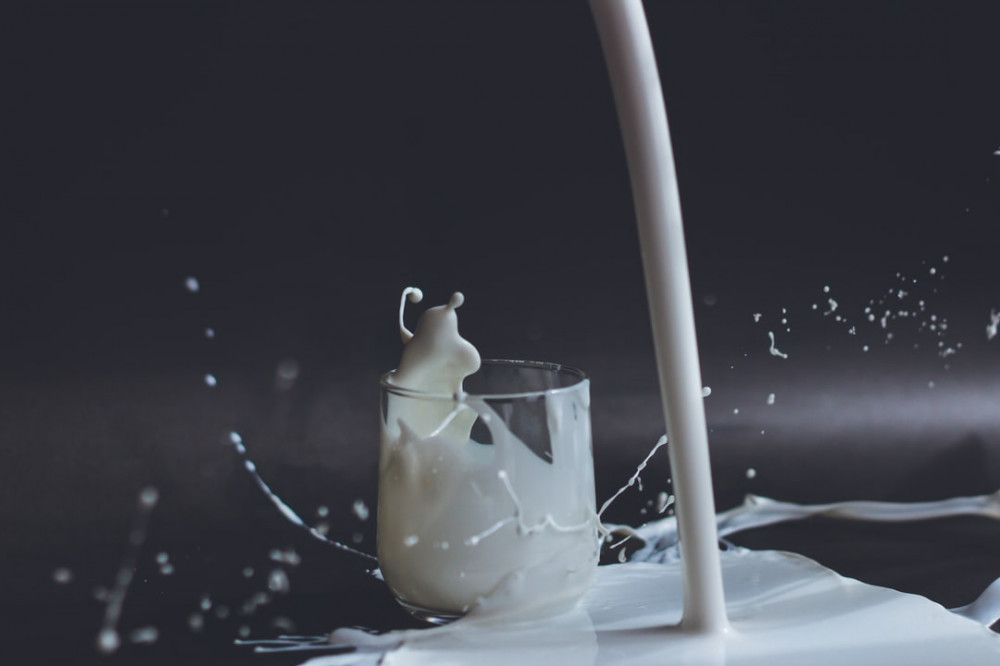 Of these, I’m fine with Skim Milk Powder, Hydroxypropyl Methylcellulose, Inositol, Magnesium Stearate, and Sodium Ascorbate. The Yeast Extract is probably fine as well. But Anhydrous Sugar, Sodium Glutamate, and Titanium Dioxide are definitely not okay. Here’s why.

Titanium Dioxide is something that used to be harmless. I mean, it’s an element naturally found in nature, and that one is completely harmless. But in supplements and food, we typically have the nano version of that. And that’s been proven to be too small for our bodies to filter, hence it can cause all kinds of damage starting from lung to liver to brain damage. Not an optimal thing to consume [R, R, R, R, R, R, R, R].

Whereas Sodium Glutamate is just stupid to have in a supplement. It also goes by the name of Monosodium Glutamate. And it’s a flavor enhancer. And as a flavor enhancer is an absolute cancer. It can bring brain damage, obesity, hepatic damage, reproductive problems, disruptions in adipose tissue physiology, CNS disorders (like autism, brain tumors, addiction, and others) chest pain, nausea, fatigue, headaches, burning sensation, tingling sensation, irritable bowel syndrome, numbness, heart palpitations, and a plethora of others [R, R, R, R, R, R].

It also messes with leptin production which basically just means that our bodies forget to tell us that we’re full, and we need not eat anymore [R, R, R].

Another aspect Probiotic supplements have to think about is whether or not the strains survive the stomach acid. Because many don’t [R, R, R].

So, the strains in TruBiotics definitely can survive the stomach acid. But some will still likely die off due to it (for example, the Bifidobacterium animalis BB-12’s survival rate is about 80% or above). And hence, no matter how we look at it, going with a proper delayed-release capsule is always better [R, R, R, R].

Due to how minimalistic the manufacturer’s page is, it doesn’t really offer any insight as to what the customer feedback is like. Hence, to find some One A Day TruBiotics reviews, I researched all the third-party sites I could find. To that end, I think I found a decent amount of ratings.

I mean, it’s certainly considerably more abundantly reviewed than something like the Biotrust PRO-X10 Probiotic (review) or the Nature Made Acidophilus Probiotics (review). And that’s quite high, especially considering the non-optimal beneficial ingredient amounts and the nasty additives.

And there’s the danger. Customer reviews are never everything. Which is why we should never just look at the customer feedback and base our decisions on that. I mean, we can really get it wrong with that kind of approach as I believe there are so many supplements that have success rates above what they would deserve. Plenty of examples I could point to.

And I think the TruBiotics is kind of the same way.

Still, let us actually look at what the customers are saying. I mean, for sure, there are many people that absolutely swear by it. But what about the not-so-positive comments?

Well, for some, it was just the simple matter of receiving an expired product. Which is odd. Then, many others complained about it not doing anything at all. But then, quite a few noted that it actually made things considerably worse for them. Others were unhappy with the product box being opened when it arrived. And others more noted that it’s too expensive.

Pricing | The Supplement Is Overpriced As Hell, That’s Putting It Lightly

So, we’ve got at least one person saying that this is way too expensive as a supplement. But what’s the reality of that? Does that statement represent it accurately? Or is it just a matter of emotional disappointment and something that can’t really be grounded in numbers? Let’s look at that. 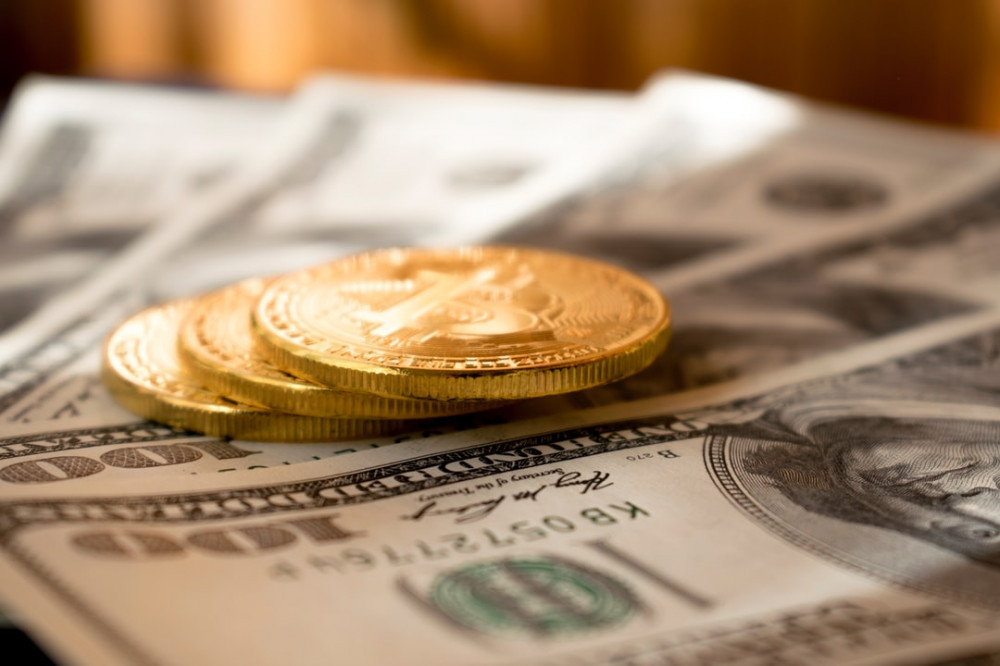 And that’s some very steep price.

It likely offers similar quality (no third-party testing) but in terms of additives, it’s like comparing day and night. Phillips’ Probiotic doesn’t use any bad ingredients in that regard. It’s Non-GMO. Furthermore, it offers one extra strain. And, yeah, the price difference is effectively 7-fold in favor of Colon Health.

To put it lightly, I think One A Day TruBiotics is absolute rubbish when compared to Phillips’.

I mean, even when we compare it to something really expensive like the Bowtrol Probiotics (review), it’s still not good for the One A Day Probiotic.

Bowtrol costs $1.33 for every 10 Billion CFU but for that, it offers genuine quality. It’s got great additives, four Probiotic strains with very capable total amounts per capsule. And it’s third-party tested as well.

Frankly, it takes no expert to reassure. The One A Day TruBiotics Probiotic is incredibly pricey. And I would say that it’s also low value.

Overall | To Sum It Up, There’s Not A Doubt In My Head – Avoid

I think I’ve hinted at that numerous times throughout the article. I don’t think that the TruBiotics of One A Day is a great supplement. It’s not even a good supplement or a poor one. I think that all in all, it is far, far, far below that. I mean, for positives, I think, realistically, we only have the notion of success rate. But as mentioned, we should not base our decision only on those. Oh, yes, and the fact that it uses two patented ingredients for its beneficial aspects is good, too.

But everything else is pretty rubbish. I mean, the total CFU amounts per serving are lacking. In terms of the additives, there are a number of red flags. I wouldn’t recommend consuming those substances with supplements ever. And then, the price tag kind of seals the deal (way too expensive).

Hence, (out of avoid it, consider it, shortlist it, buy it) I would strongly recommend avoiding this. I believe the value is just too low. And overall, it can probably cause more harm than good.

On that note, if you’re interested in something of real quality when it comes to Probiotics, this is arguably one of my most favorite ones (full review).

Above all, I hope this One A Day TruBiotics Probiotic review helped you find the information you were looking for. Let me know your thoughts below. And do feel free to leave your own personal reviews on the product as well.