According to the Healthy Origins Probiotic reviews, this is an absolute bargain. For others, this helped them replace the medications they were on. Others say that it even helped with their mood by improving it and lessening mood swings. Whereas others more feel like this was a life-saver for which a pleasant side-effect was vivid dreams. So, in this Healthy Origins Probiotic review, we will look at every bit of it.

We’ll do that in a couple of steps. We’ll start by looking at the promotional materials and the information they offer. We’ll then look at the ingredients. After, we’ll research additives. That we will transition into global success rates and customer feedback. Lastly, we’ll do some math in the form of pricing.

This Healthy Origins Probiotic Review To Break It Down Properly

According to the manufacturer, the Healthy Origins Probiotic is “a powerful blend of 8 friendly bacteria strains and 30 billion colony forming units (CFUs) which can help support a positive balance microflora in the intestines.” Per their words, the Probiotic strains of the supplement of this review “survive harsh stomach acids to reach the intestinal tract where they exert their greatest benefits.” Hence, sounding decent [R]. The product page of this supplement is very simple. It’s very readable and very easy-going.

I mean, it is not one of those pages that use customer reviews to persuade you into buying it like the TheraBreath Probiotics (review). Also, it doesn’t use all kinds of discounted options like the Florastor Probiotic (review) to get us to buy it either. It doesn’t even bother with a FAQ section like the Nature Made Acidophilus (review).

It’s very simple. And it doesn’t care about burdening people in any way. And to that end, I really like it.

As for the benefits, the Healthy Origins Probiotic promises to be of replenishing service. Meaning, it doesn’t really promise any benefits. It just notes that the good bacteria of our gut get depleted by factors like antibiotics, stress, and gastrointestinal disturbances.

As for free-of claims, it is said to be Non-GMO, Gluten-Free, BPA-Free. Furthermore, it’s also said to be third-party tested.

So, yes, it looks very, very good. But is the supplement of this review really worth getting?

I Like What They Are Doing With Its Beneficial Ingredients

There are plenty of ways how Probiotic supplements choose to bring about the gains of the beneficial bacteria. Some choose to specialize in certain strains and hence, offer only one like the Florajen Acidophilus (review). Others choose to make it more than just about Probiotics like the Biotrust PRO-X10 Probiotic (review). Whereas others more choose to go kind of standard by providing a variety of different strains in abundant amounts like the Health Balance Complete Probiotic (review). Of these, the Healthy Origins Probiotic does the very last one. So, per serving (one capsule), the supplement of this review offers 30 Billion CFU of a blend of 8 Probiotic strains.

So, what is all this? Is this good or bad? How this should be seen?

Well, first, I have to say that 30 Billion CFU is a very good amount for a Probiotic. The best dose per day is considered to be between 20 and 40 Billion CFU. And this cuts right in the middle of it. So, yeah, really good.

Second, as far as diversity goes, I believe that the best approach for general health and well-being is to have at least 10 different strains. The Healthy Origins Probiotic has 8 which doesn’t quite fit that. But it’s very decent nonetheless [R, R, R, R].

Fourth, third-party testing is the highest standard for quality. And here we have that. Hence, there is every reason to trust the potency, manufacturing quality, and purity of this Probiotic product [R].

To Review Additives, I Don’t Understand Their Claim Of Surviving Stomach

Similarly, as with the beneficial ingredients, when it comes to additives, there are also plenty of ways to do it. On one hand, it can be done with quality, most harmless additives ever like with the Live Conscious Pro-45 (review). Or it can be all about making it the least expensive for the manufacturer like what I believe is the case with the Pearls Acidophilus (review).

With Healthy Origins Probiotic, the latter doesn’t feel to be the case. Meaning, the additives it uses are pretty good.

It has chosen to use Microcrystalline Cellulose, HPMC or Hydroxypropylmethyl Cellulose, Water, Magnesium Stearate, and Silicon Dioxide. Of these, I don’t mind any as some of these can even be beneficial (even if we wouldn’t have Water among them). 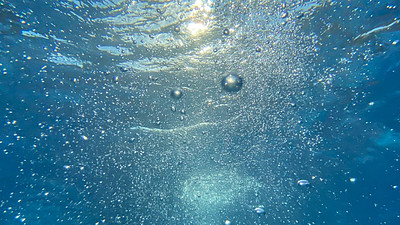 That said, there are many, many people who would oppose having that Magnesium Stearate in there.

I don’t entirely know how it happened but somehow all of the internet has turned against Magnesium Stearate because, per their words, it causes cancer. All of that is based on some research done on rats in which they concluded that too much Stearic Acid (a constituent of Magnesium Stearate) suppresses the immune response and hence, can increase the probability of cancer [R, R, R, R, R].

Only it’s not what Stearic Acid does for humans as human bodies have inherent ways of dealing with too much Stearic Acid in the system (a point, by the way, also emphasized in that same study). Furthermore, as it turns out babies consume tons of Stearic Acid through mother’s milk, an amount we would never be able to consume with supplements [R, R, R, R, R].

So, the internet is sometimes a very tricky and misleading place. But there is one thing that I’m not fond of when it comes to additives and the Probiotics of Healthy Origins.

So, yeah, they say that the Probiotic strains will survive stomach acid. But that’s not really what the science says. Yes, Lactobacillus strains are known to be more resilient to stomach acid. However, 100% of them still won’t survive. Furthermore, no such resiliency is associated with the Bifidobacterium strains [R, R, R, R, R].

In other words, despite what they claim, realistically, I believe we’re not getting as many CFUs as we could if there was a delayed-release capsule to ensure safe travel through the stomach.

We sampled some of that trickiness of the internet with the Magnesium Stearate. But I would say that its trickiness doesn’t really stop there. Another incredibly delicate thing to assess is the customer reviews and global success rates. Because there are way too many factors that can play into them that we often have no way of accounting for.

And what makes it more difficult is that there literally are companies the business model of which is to help manufacturers get high rankings on Amazon through customer reviews. In the context of this review, I think all this just begs the question. Where is the Healthy Origins Probiotic at?

Well, the supplement is a very well-received one. I research all third-party sellers and retailers to make it as accurate as possible.

For many people, it was the simple fact of they not feeling any benefit from this. Then, there were some for whom this did the opposite of what it is intended for; namely, it caused more gas, bloating, far worse bowel movements, constipation, stomach pain and cramps, nausea, and even skin rash. Still, others claimed that it absolutely destroyed their stomach.

And kind of all Healthy Origins Probiotic reviews (negative ones) were like that. Either the product had no effect on people, or it backfired.

In Terms Of Pricing, I Would Regard It As An Absolute Monster

When it comes to pricing, it was actually quite confusing. I mean, there were both opinions present in the Healthy Origins Probiotics reviews. Meaning, there were some people that claimed that it’s the most affordable, incredible price-for-value thing ever. And there were others that didn’t agree with that at all.

So, which of these is it objectively then? 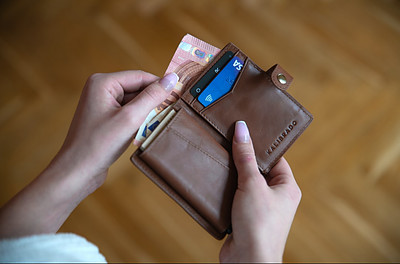 The supplement of this review costs typically $15.69 for a container of 60 capsules. That’s $0.52 per every capsule. With 30 Billion CFU per capsule, that’s 17.4 cents for every 10 Billion CFU. So, how does that compare?

So, the Healthy Origins is slightly less expensive. Both of these offer 8 Probiotic strains. Both of them have only harmless additives. One thing that Healthy Origins has over it is the Non-GMO fact. But the more important thing is that third-party certification. PB8 only does in-house testing.

Hence, the way I see it, the supplement of this review is just outright better.

Now, compare it to something like the Dr. Mercola Probiotics (review), and I think it’s somewhat the same thing. I mean, the Mercola one typically costs 17.9 cents per every 10 Billion CFU. So, it’s slightly cheaper. However, it isn’t all better.

This Is One For The Shortlist, Very Decent But Could Be Better

I know what you’re probably thinking. I know what I would be thinking if I was you at this very moment. I would assume that Healthy Origins Probiotic is probably the best Probiotic out there because even when it’s more expensive, there is more value to gain from it than from a competitor. I mean, sure, there are quite a few aspects in regard to which Healthy Origins does good. Among them, pricing and customer reviews, as well as in many ways additives and beneficial ingredients. And, yes, just to emphasize, the fact that it’s got third-party testing is amazing.

Still, that’s not all there is to or should be to a great Probiotic.

First, I don’t like that it doesn’t offer Prebiotics. I think that’s always a flaw for a Probiotic. Second, I don’t like that likely a good portion of the bacteria will die off in stomach acid. Hence, a lesser amount to bring the benefits. Third, 8 different strains are good but I would like more.

Hence, (out of avoid it, consider it, shortlist it, buy it) I think this is a shortlist-able one. I mean, for a straight-out buy, it comes a bit short. But other than that, I believe it’s a very good supplement nonetheless.

All of that being said, if you’re after something genuinely amazing, something that excels in every aspect that a Probiotic should excel in, check out this review. This is my favorite one.

Above all, I hope this Healthy Origins Probiotic review of the Nature’s Way Probiotic helped you find the information you were looking for. Do you have any thoughts on it? Let me know below. Also, feel free to leave your own personal reviews on the product.