Solgar Curcumin Review – Is That 185x Actually Worth It?

Solgar Curcumin Review – Is That 185x Actually Worth It?

Thus, we’ll be looking into the claims made, we’ll explore all the beneficial ingredients and the potential benefits. We’ll also take some time to discuss that which most supplements struggle – additives. And above all, we’ll explore the global success rate to give a good idea of whether or not this too can help you too, as well as a few other aspects.

Essentially, all to make as accurate of an assessment about the Solgar Curcumin supplement as possible.

The goal here is to help you save time by creating the most resourceful review around. Thus, if by any chance you find a section or aspect I haven’t covered but you’re interested in, let me know. And I’ll add that to the review.

According to the manufacturer, Solgar Curcumin is full-spectrum curcumin made with 185 times greater bioavailability than standard curcumin [R]. 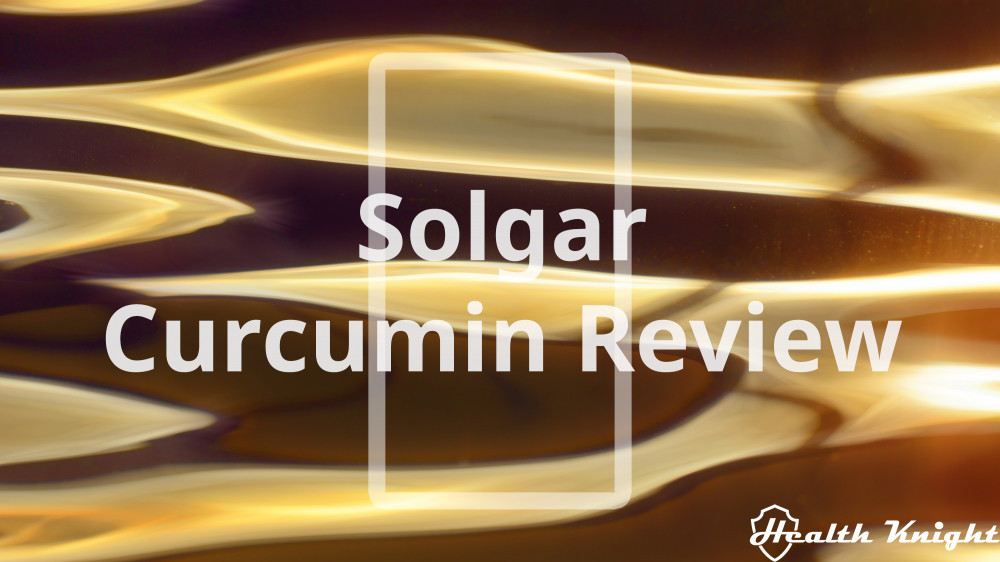 In the overview, you get informed about stuff like what Turmeric and Curcuminoids are, their origin, potential benefits like helping fight free radicals in the body and increased brain function.

Additionally, it also emphasizes the difference that “standard turmeric is poorly absorbed and fails to benefit the rest of the body outside the gut” [R].

Plus, the Solgar Curcumin is said to be dairy-free, gluten-free, sugar-free, salt-free, and starch-free.

Plus, they’re pushing this notion of some random survey, in which it has been identified that out of 3882 consumers 98% recommend the brand [R].

Which although may work as a persuasion technique, still, you have to understand that it basically has nothing to do with whether or not this Solgar Curcumin supplement will actually be a truly beneficial one.

Which brings us to that notion of superior absorbability.

Their core claim and main emphasis as to why you should buy their supplement are because as compared to standard curcumin the Solgar Curcumin supplement offers 185x greater bioavailability.

While it all sounds cool and nice, you shouldn’t just blindly trust this notion and hence choose this supplement over any of the others on the market.

In fact, there’s a lot to uncover when speaking of this.

So, much in fact, that I would even consider that claim to be remarkably deceiving for a typical consumer.

We’ll get into all of that in one of the later sections.

But as for now, let’s first discuss the ingredients of Solgar Curcumin.

Not Many Curcuminoids, Depending On Notion Of 185x

Whenever you’re encountering a Turmeric supplement, essentially the most important thing about it is that how much Curcuminoids it offers.

In this regard, it’s worth mentioning that the potential benefits for this substance go far beyond just helping fight free radicals in the body and increased brain function as Solgar Curcumin claims.

In fact, apart from those, Curcuminoids are known to combat obesity and diabetes, lower cholesterol levels and the risk of heart disease, improve detoxification and liver health, slow down aging, help with depression, protect against metal toxicity, as well as among other benefits it’s amazing for battling joint pain and Arthritis [R, R, R, R, R, R, R, R].

Moreover, this yellow-gold-colored-wonder-substance is one that is said to be able to improve your health even if you’re already like 130% healthy. Hence making it a solid choice for absolutely anyone who’s after the beforementioned benefits or just augmented health [R, R, R, R, R, R, R, R].

All of this, of course, is awesome and everything. But can Solgar Curcumin live up to that?

Well, this is absolutely dependant on that notion of being 185 times more effective than standard curcumin.

Solgar Curcumin as of itself offers 800 mg of Turmeric extract. Although this may superficially seem like solid, it, in reality, provides only 48 mg of Curcuminoids.

Which is not a lot.

Typically this wouldn’t be enough to provide any meaningful benefits. But given that it’s said to be 185 times more effective, maybe there’s something?

We’ll definitely explore that in more detail but let’s first finish off discussing all the ingredients.

The thing about Solgar Curcumin is that it doesn’t offer any other beneficial substances apart from the already mentioned Turmeric and Curcuminoids.

There are, however, the ingredients known as additives (‘the other ingredients’). These are the ingredients that are added to 99% of supplements out there to help make the delivery forms possible or/and to add certain characteristics to the supplement.

But the most important aspect to know about them is that they’re not always harmless. Quite to the contrary, consistent and regular use of certain additives can lead to quite a bit of health hazards. Hence, it’s why you need to always make sure that the additives are actually harmless before embarking on a new supplement (we can provide those insights for you for any supplement).

When it comes to Solgar Curcumin it uses 3 additives: bovine Gelatin, vegetable Glycerin, and Polysorbate 80.

But one thing’s for sure. It really goes without saying that whenever you can, you have to avoid the Polysorbate 80 (as well as any other Polysorbates). That is if your well-being and best health are of any importance to you.

The potential health hazards are just not worth it.

So, to conclude, just alone from raw ingredient standpoint Solgar Curcumin is not a supplement you should go for. Ever.

But to add more to this notion, I think it’s the perfect time to explore those claims of being 185 times more effective.

Most Others Hit 9x Weaker But Is That Difference Worth?

So, the core claim and biggest reason (supposedly) why you should buy Solgar Curcumin is that notion of being, as they put it, “185x greater bioavailability than standard curcumin”.

Still, as of the writing of this Solgar Curcumin review, on the description page, you won’t find a single piece of evidence to reassure you that this “185x greater bioavailability” is that what you’re actually getting.

Supposedly, there has been some kind of studies but no one lets you look into them for your own exploration.

Which does beg the question, if there really have been studies, why don’t they provide them? Are they rigged? Or biased?

I’m sure many people, would appreciate it if those were available for everyone to see and make sense of.

Nevertheless, I have recently learned about such studies [R, R].

And in that regard, I have to admit that they are actually spot on.

Meaning, there’s no exaggeration or anything. The Solgar Curcumin has actually been proven to be 185 times better than your typical turmeric containing 95% curcuminoids.

But how does that exactly compare to most other viable Turmeric supplements on the market?

So, what’s the math here?

On the one hand, we have a typically viable Turmeric supplement holding a coefficient of 20 times 950 milligrams. Or in other words, 20-fold increase in bioavailability for every 950 curcuminoid-milligrams consumed.

Whereas, on the other hand, we have the Solgar Curcumin being of the coefficient of 185 times 48 milligrams. Or in other words, a 185-fold increase in bioavailability for every 48 curcuminoid-milligrams consumed.

This is what I call Curcuminoid Efficiency Factor.

It’s basically a score or coefficient that determines how useful a Turmeric Curcumin is likely going to be based on how much Curcuminoids there are and how effective each of them is.

For this factor, the higher the number the more likely it’s a supplement that will deliver results. And the more likely and more pronounced will be its benefits and all its positive effects.

So, is this Solgar Curcumin really a better option than a typical Curcuminoid supplement?

I think the Curcuminoid Efficiency Factor illustrates this perfectly.

Ultimately, taking it altogether, likely being the more than 2 times better alternative.

Success Rate Is Another Testament To Great Idea But Poor Execution

When looking at the customer reviews, within a number of them you can see people asserting that Solgar Curcumin is the best Turmeric/Curcumin supplement you can buy online.

But is it really so?

I mean, surely that should reflect on the global success rates, right? I mean, that would make sense, wouldn’t it?

Hence, looking at every single real customer review I could find online reveled that the Solgar Curcumin actually does enjoy a very high success rate. Or to be completely on point, it hits the almost 89% mark.

Whereas given that people typically are way more eager to report negative experiences than positive ones, it might be actually even higher than that.

Then again, something like the NatureWise Curcumin has above 97% success rate. And this supplement perfectly fits that description of the typical Curcuminoid supplement I mentioned in the previous section (Curcuminoid Efficiency Factor at about 19,000).

And it’s none of that “185x more effective than your typical curcumin supplement” hoax there (which although is not exactly what Solgar is saying but I feel it’s something that consumers generally would easily mistake it for, meaning, that it’s the overall more beneficial supplement).

I mean, the global success rates approve this as well. Meaning, why does this Solgar Curcumin just doesn’t have that considerably higher success rate then?

Well, because despite the high-profile claims (and them actually being true), in reality, it still is in no way overall actually better than a proper Turmeric supplement (but success rates isn’t everything).

Not a lot of people will try to make complete sense of that “185x greater bioavailability”. And so, they will be mistaking the Solgar Curcumin for a truly great supplement, when it is actually none of that. 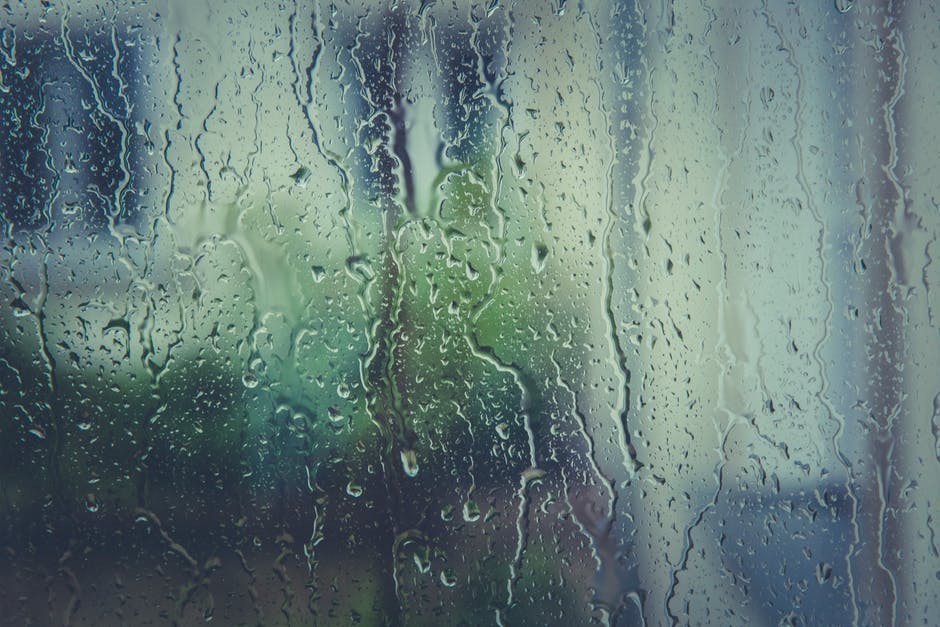 It’s rather disappointing. And that’s for two main reasons.

First, because of the Polysorbate 80 that you can find among its additives.

Granted, you may not feel it’s devastating effects right off the bat (hence, the relatively very high success rate).

But on a long enough timeline, it can really do you a massive disservice.

And do you really want to risk that?

Because secondly, I mean, there’s literally no point. Purely because there are many Turmeric Curcumin supplements out there that will do a much better job not only what regards the Curcuminoids but also regarding additives and all else about it.

A perfect example of this is the NatureWise Curcumin we looked at, the highest globally success rated Turmeric Curcumin supplement I’ve seen.

Other solid options include the Gaia Turmeric Supreme, Youtheory Turmeric and the Nutrigold Turmeric Curcumin (vegan).

Above all, I hope this Solgar Curcumin review helped you find the information you were looking for. But if not, I’ll be happy to hear any advice in the comments on how I could further improve it.

If you get a chance and have 15-30 seconds to spare, even one line in the comments helps a ton and will be highly and sincerely appreciated.

This article was last updated on December 2, 2019.