In this Perfotek Collagen review, we will do our best to look at the product nakedly and without bias to really uncover the truth and whether or not it can help.

And so, we’ll have to go through a couple of things. First, we’ll do some analysis on the product page and its promotional materials. Then, we’ll turn our attention to all the beneficial ingredients. Which we’ll conclude with the inactive ones. And, of course, we’ll also dive through the customer reviews and global success rates.

This Perfotek Collagen Review To Discover What This Is Really About About the product page itself, I don’t get to talk about this too often. Mainly because manufacturers typically tend not to make that mistake. But here the page is really messy.

It kind of repeats a section of the page (customer reviews section) and, through that, it just looks chaotic and even unpleasant. Definitely unnecessary.

I mean, it’s not as bad as we’ve seen with supplements like AHS Super Collagen (review). But still. Just unneeded.

So, as far as the gains they promise, they are the typical ones. Restore and promote youthful skin, hair, and nails, repair and improve joint, tendon, cartilage health, and throughout the page, we’re also able to find such promise as supporting bone health. And yes, of course, “revitalize your body from inside out.” The most important thing, right [R]?

As far as marketing, they’re going heavy on testimonials and customer reviews. Apart from that, it’s also free US shipping and a 60-day money-back guarantee. Which I imagine may propel quite many people to ultimately decide to try the product [R].

But the more important thing is whether or not this Hydrolyzed Collagen of Perfotek is actually a good one? One that would be worth investing money in.

To Review Core Ingredients, This Hydrolyzed Collagen Gets It So, what about the Perfotek Hydrolyzed Collagen? Which approach does this one subscribe to?

Which is exactly the type of Collagen that we want. The only more ideal thing would be if they also assured that it has been Hormone-Free. But either way, the amounts are also great.

Which makes the Perfotek Collagen a very worthwhile one, at least from the sheer active ingredient perspective.

And other than the protein, it doesn’t bring anything else to the table.

Perfotek Takes The “No Need” Approach When It Comes To Additives

For Collagen supplements, it’s quite almost iconic to not use any other added ingredients (additives). And that’s especially with the powder options (which the supplement of this review also is). Great examples where we have seen this before include Nutra Organics Collagen (review), Zhou Collagen Peptides (review), and many others. 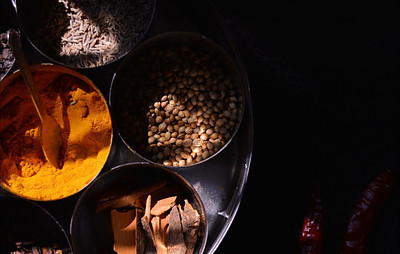 So, what about the Perfotek Collagen?

It’s also of that kind. Being the unflavored product that it is, it also embraces the idea of “the fewer the additives, the better.”

And thus, from a pure ingredient standpoint, these Peptides are amazing.

It’s not that often that a supplement product can completely waive the other “glue” ingredients if it chooses. For example, if we look at something like multivitamins, no well-rounded ones have I ever seen that way. And so, it’s always pleasant whenever encountering one.

Personally, I really that the no-additives approach is the best one. Because it’s arguably the most flexible option since we can always just add it to our favorite drink, or coffee, or whatever that we would drink anyway.

As Far As Customer Reviews, It’s Almost In The Nineties

Looking at the information that the Perfotek Collagen reviews section provides on the product page, it is really no surprise. It’s basically all super positive, plus the 5-star testimonials. That said, I wouldn’t, however, call it overwhelmingly positive like what we’ve seen with Skinny Fit Super Youth (review) or Code Age Multi Collagen (review).

It’s definitely something a bit more down to Earth, a lot more balanced in terms of positive versus negative ratings. And, hence, this section might actually be something that has not been tampered with (like what the likely reality is for many others out there).

But either way, taking a look at all other sellers and retailers, still gives a lot more comprehensive, truth-oriented look. So, that’s what I did. Which is likely higher than that given that people typically are far more inclined to report negative experiences over positive ones. But still, not everyone enjoyed it. So, what was the problem?

It seems that the most prominent problem is the fact that Collagen of Perfotek doesn’t mix well regardless of whether that’s a cold or a hot drink. Other than that, a rather frequent complaint felt to be the fact that it caused side-effects like stomach issues, pain, aches, allergies, migraines.

Then there were others who complained about what they attributed to poor quality control. Others resented the small, gradual price increase with a lower serving size. And quite a few criticized the smell. But the most concerning one had to do with what people referred to as a sudden drop in quality when supposedly nothing was changed by the manufacturer.

While that may feel like a lot of negative, keep in mind that for every bad review there are nine other good ones. Neither of those note bad smell, flavor, or side-effects. They’re basically just praising the thing. A lot of people have seen improvements for their joints, hair, skin, nails, and more. Plus, I did not catch anyone grumbling about it mixing awfully.

When it comes to pricing, we don’t typically see a lot of people resent that. Which, generally speaking, is probably a good sign but still. It doesn’t really say anything about the actual price, does it. It’s all subjective. Hence, let’s try to make it less so by doing some analysis. So, is it good?

Well, the product page mentions $32.99 as being the standard price per container of Perfotek Collagen Peptides. But currently it’s discounted at $25. Which I actually suspect to be the real price. The stricken through $32.99 might be just their way of creating scarcity and thus, propelling to buy sooner than later because we never know when will that “discount” suddenly end. 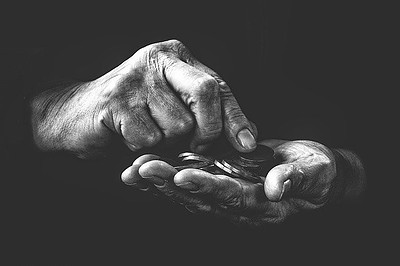 Now, is that good? Well, it depends on which is the actual price.

For example, with something like the Sports Research Collagen Peptides (review), we can get a container for $30. It holds 41 servings, hence, it’s $0.73 per serving or 6.7 cents per gram (also 11 grams per serving).

Which when compared to Perfotek is either more expensive or cheaper depending on which is the price we compare it to.

Still, I believe Perfotek can’t outdo Sports Research because the latter also brings third-party testing for purity and potency which the former doesn’t.

And so, personally, I wouldn’t favor the supplement of this review between the two even if it was those 5.5 cents per gram of Collagen Peptides.

Whereas if we compare it to something like the Olly Collagen Peptides (review), it does have the upper hand. Olly costs $24.99 per container of 20 servings. Hence, it’s $1.25 per servings or 12.5 cents per gram (10 grams per servings). But the problem with Olly is much deeper than just costing around twice as much.

The problem is also that Olly doesn’t promise Grass-Fed, Pasture-Raised Collagen Peptides as Perfotek does. Which just means that likely for Olly that’s not the kind of quality Collagen that we expect. Perfotek isn’t likely quite the most upper-echelon either but it’s much, much better in terms of sourcing.

Overall, comparing Perfotek Collagen to other Collagens as well, it feels decent. Which is especially true if its actual price is the lower one and the higher one is just for the marketing. It definitely isn’t the best price for value though.

Perfotek Is Decent, I Just Wouldn’t Choose It Myself

Overall, given all that we have gone over, I think Perfotek is respectable as an option. I think, generally speaking, it offers decent value, and the success rates kind of speak for themselves. People are typically getting worth out of it. Which is always a good sign.

Plus, the sourcing with it’s Grass-Fed, Pasture-Raised approach is good. Also, I like the fact that it doesn’t use any additives. But as far as pricing, I have quite mixed emotions. On one hand, with its discounted price, it’s, generally speaking, pretty competitive. Whereas if we consider its original price, it’s not great at all.

Sure, there are even worse options out there. But I feel it kind of takes a lot of kick out of it. Because it’s just basic, clean Collagen that doesn’t have the cost really going for it then.

Hence, with that in mind, (out of avoid it, consider it, shortlist it, buy it) I would reckon we should no more than just consider it. That said, if the real price is that cheaper one and the stricken through $32.99 is just marketing and it never actually costs that, then maybe it’s shortlist-able.

But as I mentioned earlier, I wouldn’t count on that.

Well, whatever it may be, I wouldn’t still go for the Perfotek Collagen product. I just believe there are all-around better options out there that beats this one in just every aspect of the game. And the best of them all I believe is the Live Conscious (LiveWell) Collagen Peptides (full in-depth review with a summary). It’s what I would pick if you’re after a genuinely great Collagen.

Above all, I hope this Perfotek Collagen review helped you find the information you were looking for. Was this something that intrigued you? Do you see yourself trying this despite there being more quality and cheaper options? Let me know below.

8 thoughts on “Perfotek Collagen Review – Perfect Is Not Its Tech”