Youtheory Turmeric Review – Is It A Scam Or Actually Legit?

Youtheory Turmeric Review – Is It A Scam Or Actually Legit?

In this Youtheory Turmeric Review, we’ll discuss it all what regards to the supplement at hand.

We’ll take a look at the promises, the amounts of Turmeric present, we’ll peak into the benefits of the kind of supplementation, as well as we’ll discuss stuff most other reviews don’t, like the additives. And there will be some additional considerations we’ll go over.

All to make as accurate of an assessment about the Youtheory Turmeric as possible. 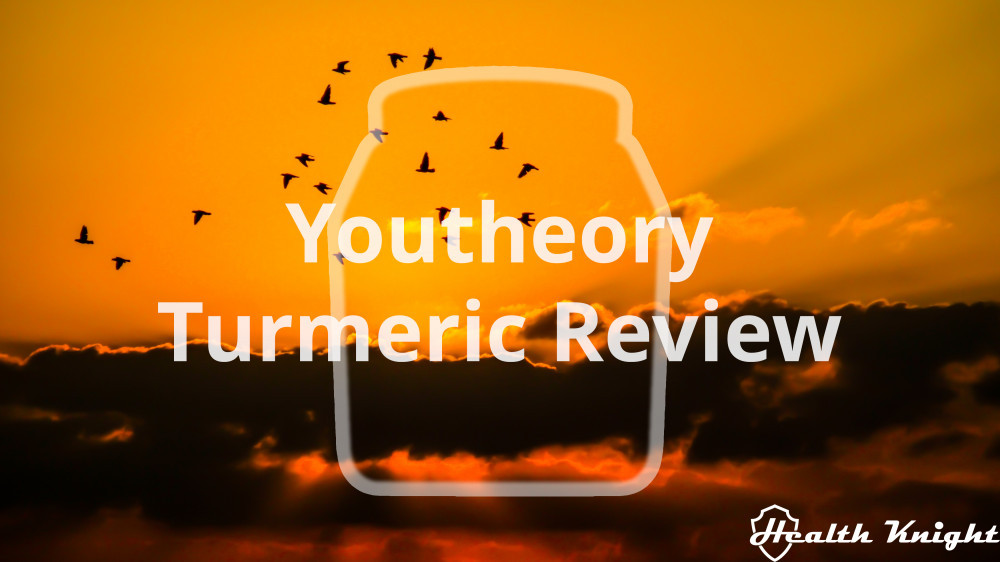 As regards to the description pages, while the simple version offers a few insights and is highly visual, the Extra Strength version has easily the most abundant description page I’ve ever seen [R, R].

But not only that. It’s one of the honest and most comprehensive I’ve seen as well.

It shares insights on Turmeric’s history, it’s massive involvement in various studies, the insights behind Curcumin C3 Complex, it’s clinically validated status and why it’s the best Turmeric ingredient to have, as well as insights of bioavailability among other stuff. 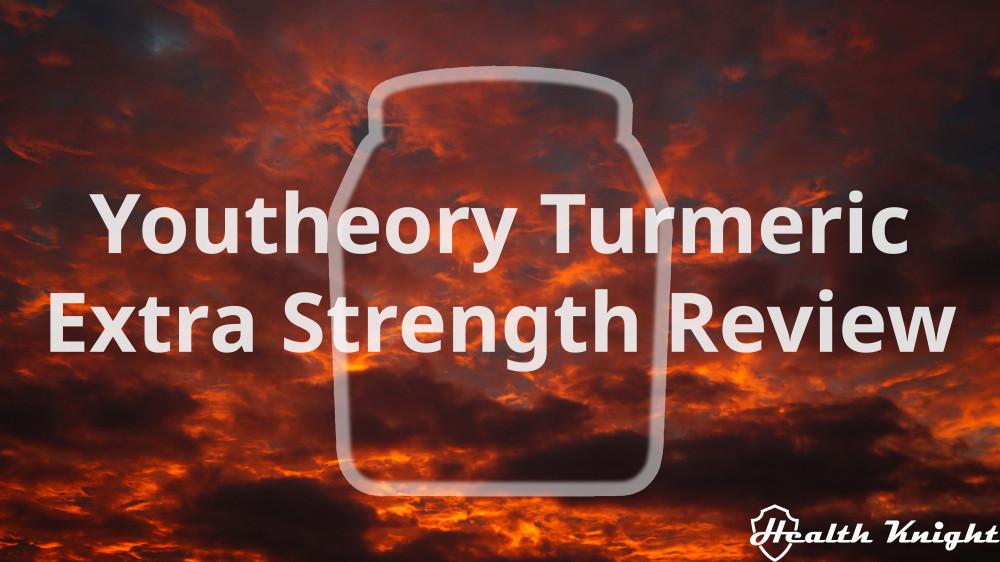 ‘Free of’ claims also are shared, such as being Dairy-Free, Soy-Free, and without Gluten Ingredients. And, of course, the yet not mentioned supplement facts also are there.

As of itself, Turmeric there is claimed to have powerful antioxidant properties, and it’s said to support healthy inflammation response.

All in all, both of the supplements look incredibly solid. But is there true genuineness behind that hype?

Let’s get into that now.

Curcuminoids In Their Best Shape

The main difference between the two versions of the Youtheory Turmeric lies in the Curcuminoid amounts that they offer.

In that sense, the simple version of the supplement offers considerably lower amounts of Turmeric contents. But it does offer something in addition to Turmeric.

To be more exact, the simple version provides these 3 key ingredients – 450 mg of Curcumin C3 Complex (Turmeric Extract) that is based on 95% Curcuminoids, 15 mg of Black Pepper Extract that is of 95% Piperine and Olive leaf extract of which 20% is Oleuropein.

While it may not superficially seem so, this notion of being 95% Curcuminoids is fundamentally important.

What these percentages imply is that for the simple version of the 450 mg of Turmeric Extract there are 95% Curcuminoids. Thus, the raw Curcuminoids amount is 427.5 mg. As for the Extra Strength version, it’s 950 mg.

Why this is important?

So, other supplements may claim to have 2000 mg of Turmeric extract. Initially, it may seem more. But on a closer look, you might discover that the extract is not standardized.

In a similar sense, this also applies to Olive leaf extract and its 20% content of Oleuropein, as well as Black Pepper and its 95% content of Piperine.

If you need more info on this or further explanation just let me know in the comments.

Ultimately, having the extracts you want standardized is the best way how to effectively go about them.

Curcuminoids Are The Focus Of All Benefits

While it must be said that Turmeric extracts are not the only beneficial ingredients in the supplements of Youtheory Turmeric, they are, however, the main ones. Which you can probably also tell by the names of both supplement versions.

To best define all the benefits called to its name, you can simply remember that it’s very gold-like. Both in terms of its color and benefits to any person’s health.

So, no joking around when talking about this stuff. It’s almost infinitely beneficial and helpful.

But before we move on, let’s examine that Olive leaf extract that you can find in the simple version of the Youtheory Turmeric as well.

As for the Black Pepper extract, that I will not discuss here as it has a whole other purpose why it’s in the supplement (read more on that in the Additional Considerations section).

Additives Vary; The Extra Strength Version Has Better Ones

While some do despise additives wherever they encounter them, the truth is that they are actually really necessary. This is purely due to the fact that about 99% of all supplements would not be possible without them.

In that sense, almost a hundred percent would not be possible of the medicine we have today, and essentially all processed foods would also not exist.

While in the case of the latter it would be fine, what regards to the 2 former – not as much. That said, there is much more to them than many people think. Mostly due to the fact that as with anything we put in our bodies also additives can affect us negatively.

Thus, it’s fundamentally important to always check them before you decide on a new supplement.

The general stuff out of the way, let’s jump into the actual additives of the two Youtheory Turmeric supplements.

As you might have guessed already (based on the title) the Extra Strength version is definitely better additive wise.

It employs Vegetable Cellulose, Microcrystalline Cellulose, Vegetable Magnesium Stearate, and Silicon Dioxide. All of these are absolutely awesome and you should never refrain from a supplement that contains these ones.

They are as harmless as they come and they are extremely unlikely to affect you negatively both long-term and short-term.

As for the simple version of the Youtheory Turmeric, it’s not that great. I mean, it kinda is but it’s kinda not.

My point being among the six additives that it has – Calcium Carbonate, Dicalcium Phosphate, Vegetable Magnesium Stearate, Silicon Dioxide, Croscarmellose Sodium, and Modified Cellulose – I’m not a fan of the very last one.

“Modified” suggests that the cellulose, which otherwise is a harmless additive, has been chemically altered to suit the needs of the supplement. How chemically altered? Well, that we can’t know for sure and while it may or may not be true, it can potentially be harmful.

As for Calcium Carbonate, while it is a common active ingredient (used for acquiring Calcium upon consumption) among the lesser quality supplements, some people from time to time experience negative side-effects.

I myself, for example, have never encountered such a thing but some people even go over the top deeming this one extremely harmful. But this is definitely not common. And the issue there probably is due to an allergy.

So, ultimately, the Youtheory Turmeric Extra Strength version is definitely the better choice when it comes to Turmeric supplementation. On that same note though, the simple version can also work.

Black Pepper Through Piperine – All About Efficiency

So, there is this ingredient present in both of the Youtheory Turmeric supplements – Black Pepper Extract of 95% Piperine.

While this substance does have some inherent beneficial effects on human health on its own, it is not present in these supplements due to that fact specifically. But rather because of Black Pepper or Piperine improving the absorption of Curcuminoids by 2000% [R, R, R, R].

I didn’t misspell that. It really is a factor of 2000%. Or in other words, it improves the absorption 20 times.

So, needless to say really that the presence of the Piperine (a substance found in Black Pepper) is a game-changer. And an absolute must for solid Turmeric supplementation.

In that sense, both of the Youtheory Turmeric supplements are absolutely amazing.

Here’s another must remember. That Turmeric takes time to kick into full gear. Some estimate that it might take even up to 8 weeks of regular daily consumption for the full benefits to become apparent [R].

So, commitment and consistency seem to be the key.

When it comes to both of the Youtheory Turmeric supplements they are the real deal.

Amazing stuff in terms of Curcuminoid contents, the not forgotten Piperine, and the thoughtful additives – all are signs of an amazing Turmeric supplement.

So, which one of the two is the better choice?

If you are into that added Olive leaf extract and with its associated benefits along with the ones of Turmeric, your choice probably should be the simple version of the Youtheory Turmeric.

However, overall for a full-on Turmeric supplementation, I believe the better choice by far is the Youtheory Turmeric Extra Strength.

Not only does it have better additives in terms of their harmlessness but it is also way more abundant what concerns total Curcuminoid amounts. Which without a doubt will only speak to the benefits for your health more.

That said, I have to admit that I feel there are better Turmeric Curcumin supplements out there still. Examples of this are the vegan certified Nutrigold Turmeric Curcumin Gold or Gaia Turmeric Supreme. But by no account are these the very best there are. For that, stay tuned for a best-of list in this category.

Other than that, I hope this Youtheory Turmeric review of the two variations helped you find the information you were looking for. But if not, definitely let me know in the comments on how I could further improve it.